DefenderNetwork.com
Home LEAD STORY Black women saved Alabama but not for the reasons you think 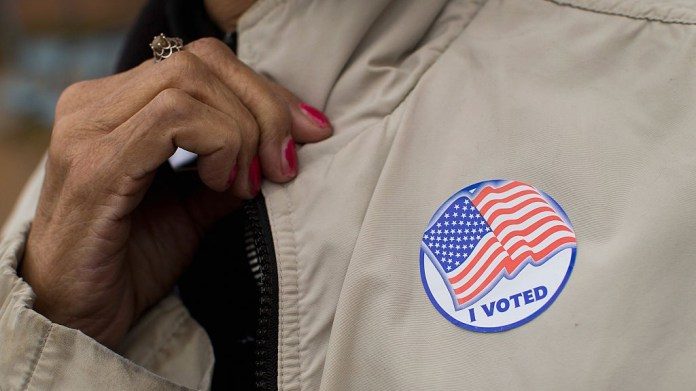 Sitting at the nexus of racism and sexism, and in many cases, poverty, Black women know all too well the consequences of electoral politics.

Black women show up and show out for candidates who rarely address our needs through tackling racial, gender, economic, and sexual injustice.

The GOP has moved towards being even more explicitly anti-Black and anti-poor. The party openly embraces white nationalism and thinly-veiled attacks on everyone but rich, white, heterosexual men.

The Democratic Party continues to largely ignore the specific demands of Black women while resting upon symbolic and empty gestures of inclusion and attempting to shore up more support among the white working class. Despite this deeply offensive miscalculation, we are the most consistent and powerful voting bloc for Democrats.

We voted against serial sexual predators, Islamophobia, and unabashed anti-Blackness. In Alabama, Black women voted against a man who suggested getting rid of all constitutional amendments after the Tenth Amendment was a good idea. These “excised” and “unnecessary” amendments included abolishing slavery, equal protection under the law, and women having the right to vote.

This should’ve been easy — how could any reasonable person throw their support behind someone accused of numerous acts of sexual violence (against minors, no less) AND who believes our country was better when Black people were enslaved?

White supremacy is one hell of a drug.

It is therefore unsurprising that both Trump and Moore received the majority of white women’s votes. In the Alabama Senate race, white women once again showed an unwavering investment in white supremacy and patriarchy. Over 60 percent of white women decided to support a white supremacist, homophobic, xenophobic, serial sexual predator.

Moore’s numerous white women accusers were merely collateral damage in their support of anti-Blackness, just as Trump’s accusers were over a year ago.

White feminists — come get your people

Black women, and more specifically Black feminists, have been trying for over a hundred years to get white feminists to address the pervasiveness of anti-Blackness among white women and to proactively divest from and destroy white supremacy. The support for Mooreamong all white people is shameful; but white women, we’ve read this devastating story about your racist complicity one too many times. Much like the election of Trump, this was a #whitefeministfail.

Black women fight for our lives and our communities and try to keep this nation from being even more sexist, racist, homophobic, anti-poor and xenophobic than it already is and always has been. Black women didn’t vote nearly unanimously against Trump and Moore to “save America from itself.”

Instead, Black women voted against candidates who would wreak further havoc on us and our communities. The fact that damn near everyone benefits from our “voting” except Black women speaks volumes about how we are marginalized even when we use our vote to push back against injustice.

Everyone, put some respect on our names

This does not mean tweeting effusive messages about how amazing Black women are. It means identifying and supporting Black women candidates who are invested in progressive politics. It means pushing for dismantling systemic racism and sexism. Until more Black feminists are in office and Black feminist policies are the status quo, we are doomed to repeat this alarming trend.

Black women are the future of progressive politics. We are already leading the way in terms of voting, but too often, we must vote from an informed position of “harm reduction.”

If we cultivate and support progressive Black women’s leadership, then electoral politics will become a whole new game.