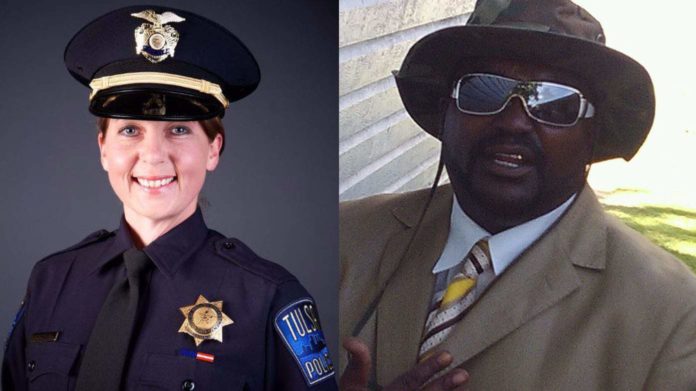 Officer Betty Shelby has claimed, via a lawyer, that she felt “threatened” by Terence Crutcher before she shot and killed him, according to Tulsa World.

The 40 year old African American man was unarmed when Shelby fatally shot him Friday evening. Crutcher’s family says he was waiting for help on the road after his SUV broke down.

The officer’s attorney says she was afraid Crutcher was reaching for a weapon when she opened fire.

Tulsa Police spokesperson Jeanne Mackenzie initially told KOTV. “They asked him to show his hands. He refused to follow commands given by the officers. They continued to talk to him. He continued not to listen, not follow any commands as they got closer to the vehicle he reached inside the vehicle and at that time there was a Taser deployment and then a short time later there was one shot fired.”

However, multiple dashcam cameras and helicopter footage proves that his hands were raised throughout the encounter, contrary to what was stated by the spokeswoman.

A Tulsa police official is also claiming that officers found the drug PCP in the vehicle used by Terence Crutcher when the police shot and killed him, reports Tulsa World.

Tulsa homicide Sgt. Dave Walker declined to say neither where in the car investigators found the vial of PCP, nor whether Crutcher had used the drug that night before being shot.

Federal, state and local authorities are investigating the shooting.

This all started with a 911 call about a car stalled in the middle of the road and a man running away from it.

The first came from a woman who said an abandoned vehicle was blocking the street and a man was running away, warning that it was going to blow up.

Officer Betty Shelby, who is white, was the first to arrive. Crutcher was on the side of the road, away from his vehicle. He then approached the officer, police said.

Jeanne MacKenzie, Tulsa Police public information officer, said that the responding officers on the ground thought Crutcher had reached his hands into the driver’s side window of the vehicle.

Moments later, as Crutcher stands beside his car, the video shows him fall to the ground

“I think he may have just been Tasered,” an officer says over the radio.

In the video, Crutcher lies in the middle of the street, motionless, soon to be dead. 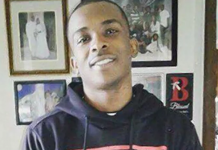