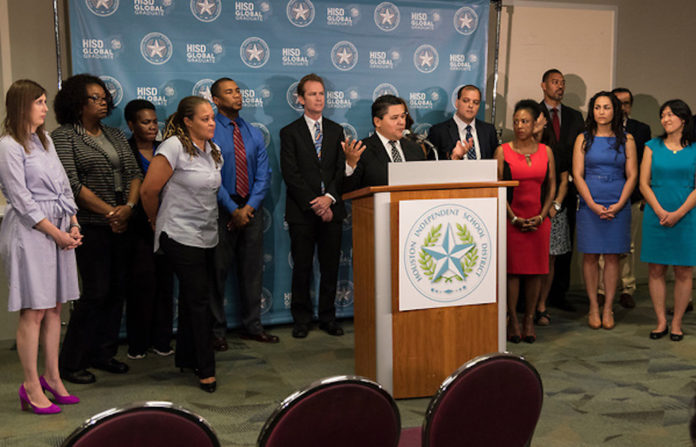 The number of Houston ISD schools meeting state standards is now the highest it has ever been under Texas’ tougher new accountability system that was introduced in 2012.

This is the fifth year in which Texas has rated schools using the current accountability system, which considers four factors for the student body as a whole, and for racial and ethnic minority groups. Those factors include:

This progress comes despite the toughest standards since the implementation of the state’s new accountability system in 2013.  The 90 percent of HISD schools that “met standard” is the highest the district has seen and includes additional schools added to the district’s total number of campuses.

You can watch a press conference about the ratings here.