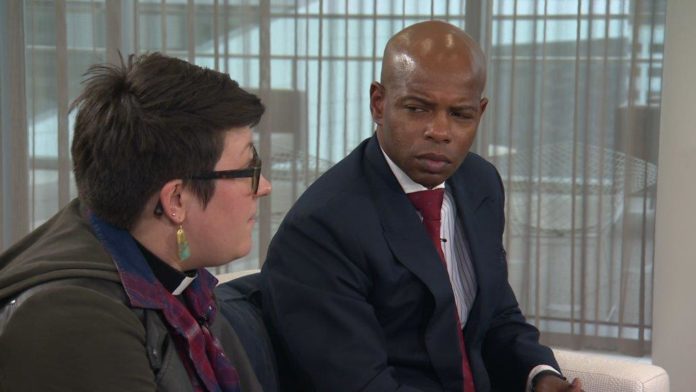 Houston Public Media is exploring the issues that face black and white communities in Houston during a 60-minute TV special, “Houston In Black And White,” that airs on Martin Luther King Jr. Day, Monday, Jan. 16 at 9 p.m. on TV 8. The show will explore who we are, how we arrived here and what we can do to move forward into a future of healing, equality and growth. Click here for a preview.

Co-hosts Ernie Manouse, arts and culture senior producer for Houston Public Media, and Eddie Robinson, News 88.7 “Morning Edition” news anchor, guide in-depth discussions with four civil rights activists and thinkers from Houston on topics ranging from racism and Affirmative Action to police and the media. The show opens with a message from Mayor Sylvester Turner. The panelists on the show include:

“Several months ago Eddie and I both met individually with people from our own racial groups and asked them the same set of questions to create topic starters for a bigger conversation with our four special guests,” said Manouse, who also served as the show’s producer. “The purpose of this program is to discuss what often divides our communities, in order to get a better understanding of how we see these differences and how much we truly have in common.”

He adds that the hope is that it will spur a much needed conversation out in the community and give us all an opportunity to move forward with a more positive understanding of each other.

Houston Public Media will host a live Twitter chat during the special with the hosts and panelists to talk about the show and answer viewer questions. The community is invited to join the conversation using the hashtag #HouBW.

Houston Public Media combines broadcast and digital assets to serve residents of Southeast Texas with a curated mix of trusted local news and entertainment with exceptional national programming from NPR and PBS. Houston Public Media is a public service from the University of Houston, its license holder, and is supported with financial gifts to the Houston Public Media Foundation. With a combined weekly audience of more than 1.5 million, Houston Public Media is committed to delivering content that expands minds and possibilities with trusted information. Connect on Facebook at facebook.com/houstonpublicmedia and Twitter at twitter.com/HoustonPubMedia.