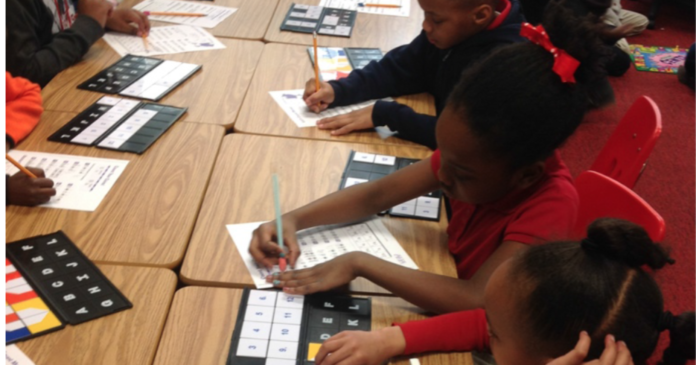 Parents of a students enrolled in a charter school near Houston’s Third Ward expressed concern Thursday the school will not open, leaving them scrambling to enroll their children elsewhere.

“I believed in the school,” said Johnese Bob, whose son, Jordan, is registered to attend A.W. Brown Global Academy, located on the 3000 block of North McGregor Way.

This school year would have been Jordan’s second at the charter school, which is housed on the campus of Good Hope Missionary Baptist Church.

Last year the school had a different name, Global Learning Village. Either way, Jordan loved being a student there. Mom, Johnese Bob, enrolled him for second grade.

Bob even received updates by text messaging from the school about the first day.

“[I bought] uniforms, school supplies, the whole nine. Get your child ready for school.”

Fast forward to this week. Excitement over a new school year has turned sour. Bob, and other parents, received a letter from the school, pumping the brakes.

The holdup, according to the letter, which was obtained by KPRC2, “…pending a letter from TEA providing clarity regarding the consequences for acquiring Global Learning Village.”

TEA is the Texas Education Agency, which oversees schools statewide.

KPRC2 called, as well, only to receive a recorded message saying the office is closed until Monday, Aug. 21.

After several attempts, KPRC2 reached out to the TEA for clarification. The agency gave us an answer parents like Johnese Bob did not receive.

Its administrators asked to re-apply under a different name: A.W. Brown Global Academy — essentially extending a charter they currently run in Dallas, to Houston.

The TEA granted them that, so long as important paperwork, including a turn around plan, was received by August 15.

So far, as of Aug. 17, a spokesperson from TEA confirmed the agency has yet to receive said paperwork.  No paperwork means A.W. Brown Global Academy’s administrators missed a deadline. The missed deadline likely means school will not start on Aug. 28, if not at all this school year.

“If (the school) would have told me when I called Monday, I could have taken off and enrolled my son in another school.”

The school told parents it would notify them Friday as to whether school will start on time. The office, however, remains closed until Monday.