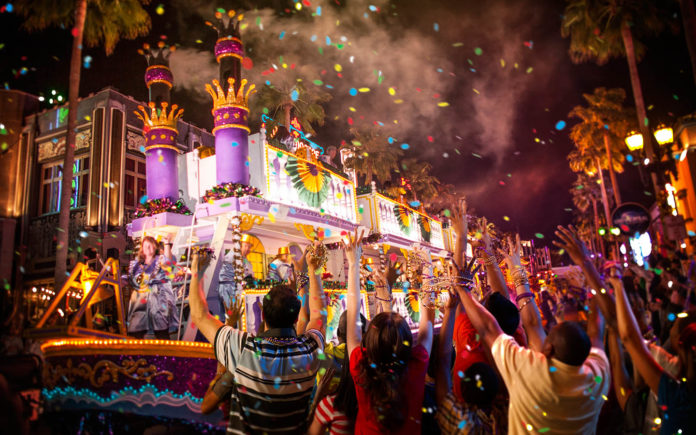 Black folks love them some Mardi Gras! For many people, the New Orleans celebration is a magical place where they can have fun, let their hair down and be themselves.

The parades, however, are not just a time for celebration, especially at this year’s festivities, which started Friday and end Tuesday. There are plenty of moments for folks to reflect on the history involving Black and Brown-skinned people in the “Fat Tuesday” festivities, which happen on the last day of the Carnival season and the day before Ash Wednesday, the first day of Lent.

The Zulu community has been a viable force behind the traditions of Mardi Gras.

“It [Zulu] symbolizes Mardi Gras for the African American community across the world,” Zulu President Naaman Stewarttold WGNO. “Everybody that comes to Mardi Gras wants a Zulu coconut, and they’ll do just about anything to get it.”

Aside from the popular Zulu coconuts, the community also began balls or dances for those attending the celebration. They also lend a helping hand behind the scenes each year to Mardi Gras.

Another central component to the celebration are Mardi Gras Indians, made up, in large part, of the African-American communities of New Orleans’ inner city. The group named themselves after Native Americans to “pay them respect for their assistance in escaping the tyranny of slavery.”

Nearly 50 tribes have members who create extravagant hand-beaded and feathered suits for marches on Mardi Gras Day and  Super Sunday, which is the Sunday closest to St. Joseph’s Day on March 19. This is a less-recognized tradition that is believed to date to the antebellum period when escaped slaves found shelter with Native American tribes. The Mardi Gras Indians are known to be secretive, intentionally not announcing their parade times or routes publicly in advance, according to Mardi Gras New Orleans.

It also important to note that slavery and racism drove Black folks to form their cultural styles for celebrating Mardi Gras. Those in the city’s poorer neighborhoods didn’t feel as if they could celebrate in the mainstream New Orleans parade. Their celebrations during Mardi Gras have come out of a place of resistance and resilience. Perhaps those Black folks visiting Mardi Gras this year will take some time to think about this history.