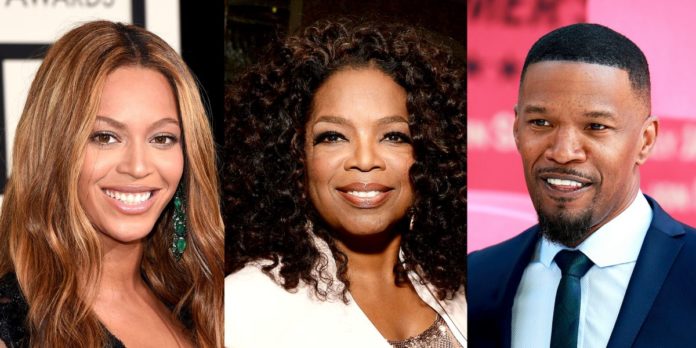 Houston rapper Bun B is bringing at least 40 actors and singers together in the name of hurricane relief.

Participants will issue tributes, performed, provided words of encouragement and some, like Julia Roberts and Anthony Anderson may simply answer phones or speak to fans, to encourage them to donate funds.

The Hand in Hand Fund is a program of Comic Relief, which has for decades raised money for those affected by terrible turns of fate. According to Comic Relief, 100% of all funds raised by the telethon will go directly to agencies on the ground in affected areas. Those agencies, in turn, will be required to detail how they spent the money.

A number of celebrities have turned out en masse to help Texas in this difficult time. Beyonce was in Texas the past week, visiting shelters and taking videos with fans. She, her mother Tina Knowles, her daughter Blue and friend/singer Michelle Williams also served food at a shelter. The star’s BeyGood Foundation is targeting Houston as an initiative. Beyonce has been encouraging her fans to donate to two specific charities who are on the ground in Houston. Taylor Swift is another star who is donating funds. Swift threw her cash behind the Houston Food Bank, her own charity of choice.

Bun B, who in 2015 taught a class on religion and hip hop culture at Rice University, is one half of hip hop duo UGK. He worked with Ariana Grande’s tour “One Love Manchester” benefit concert producer Scooter Braun, last week to see what could be done in terms of a concert. Bun B says the idea came about after he talked with number of friends about how to make the largest impact.

“I reached out [to Braun], he was immediately receptive,” he said. “We reached out to literally every major television network. Everyone was like yeah, let’s do it, so literally within maybe, I would say 72 hours we put together a nationally televised telethon.”

According to XXL, the hurricane also destroyed the archives of the hip hop group, which was formed in 1987.

The telethon aired on all the major stations  and was hosted in Los Angeles by Foxx. Michael Strahan was on the New York side of things while Nashville was held down by Reese Witherspoon and Blake Shelton.

Bun B said some of the proceeds will also go to victims of  Hurricane Irma, which started out a Category 5 storm, and destroyed several Caribbean islands before pummeling Puerto Rico, Cuba and the Virgin Islands and prompting the evacuation of millions of Floridians who live along the coastlines. Walt Disney World even closed its parks in advance of the storm.