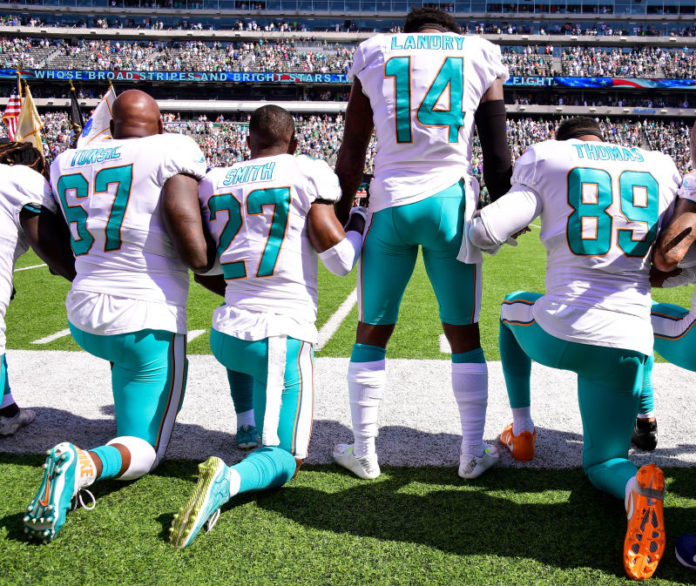 President Donald Trump believes that NFL owners are afraid of their players, which is why they haven’t put their foot down and demanded that the players stop protesting.

“I have so many friends that are owners. And they’re in a box. I mean, I’ve spoken to a couple of them. They say, ‘We are in a situation where we have to do something,’” Trump said in an interview with Fox News’ Fox & Friendsthat aired Thursday morning. “I think they’re afraid of their players, you want to know the truth, and I think it’s disgraceful. And they’ve got to be tough and they’ve got to be smart.”

Trump first involved himself in the NFL fiasco that had nothing to do with him last Friday when he spoke during a rally in Alabama because the president of white supremacy won’t ever stop rallying!

“Wouldn’t you love to see one of these NFL owners, when somebody disrespects our flag, to say, ‘Get that son of a bitch off the field right now. Out. He’s fired,’” Trump said to a chorus of cheers and yahoos.

“Get that son of a bitch off the field right now. Out. He’s fired.” That’s not a quote from some…