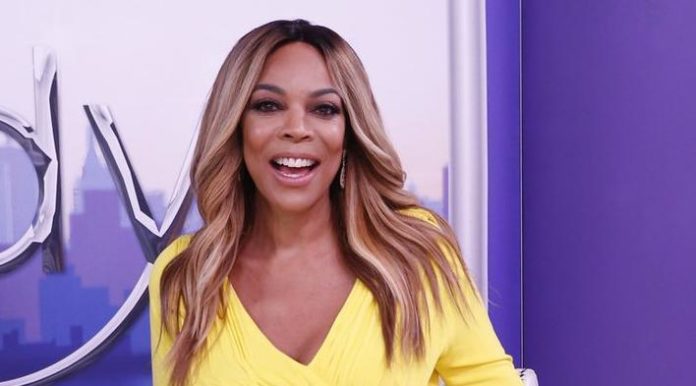 In preparation for her eponymous show’s upcoming 9th season starting tomorrow, September 18, Wendy Williams spoke to the media at her set in New York City to dish primarily about what to expect from the show.

Before you ask, yes, you best believe she was asked about those vacation snaps of her in a bikini on a beach in Barbados. And of course she had no problem at all discussing the issue. But first, what up with Season 9 of The Wendy Williams Show?

“But, I’m changing every year, because every year I feel more free and not tethered to this show. If you watch, you watch—I’m grateful. You don’t? Eh! I’m going home. I’m pulling my blinds up and going home. I am not as suffocated by my career as I used to feel.”

The show debuted in 2008, since then, Williams’ life “has moved in so many different ways,” she added. “That makes a looser lip. The looser I feel about myself, the more comfortable I am.”

Oh yeah, here’s also this special somethin’ somethin’ from the mind of Wendy. She’s kicking off Season 9 in a big way — by lighting up the Empire State Building.

“I chose pink and purple, they literally gave me the color palettes to choose from.”

OK, now that we got that out-of-the-way, let’s talk about that vacay and those pics that everybody is speaking on. When asked how it went, she deadpanned:

C’mon Wendy, kill the fake indignation and cut to the chase. You know what the deal is.

“I’ve seen online people trying to diss my bikini body,” she said. “I got it goin’ on, honey! My belly is tight.”

In another interview she spoke about her assets or lack thereof. Of her figure, Williams notes she has “perky boobs and a flat belly, and if I got no behind, I can buy one like the rest of you all.”

“I don’t want front and back,” she adds of her body. “Like, I’m done with that. So, you know, I have a flat behind. I talk about it all the time. I’m shaped like a capital P… I can joke about myself before you ever joke with me.”

She said her and husband, Kevin Hunter, go on a “lovers’ holiday” at least twice a year. That means leaving their 17-year-old son at home.

“It’s just the two of us,” Williams explained. “We were there for seven days.”

Even with Hurricane Irma wreaking havoc nearby, Williams said it was sunny every day.

“I felt so guilty! Oh, my gosh! Oh, the guilt of it all!” she said. “I’m watching TV and seeing the hurricane. My parents live in Miami. My sister and my brother and their families live in Miami. They’re driving and sheltering and scattering around, and I’m lying on the beach [smoking my invisible cigarettes].” 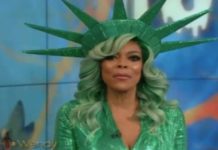