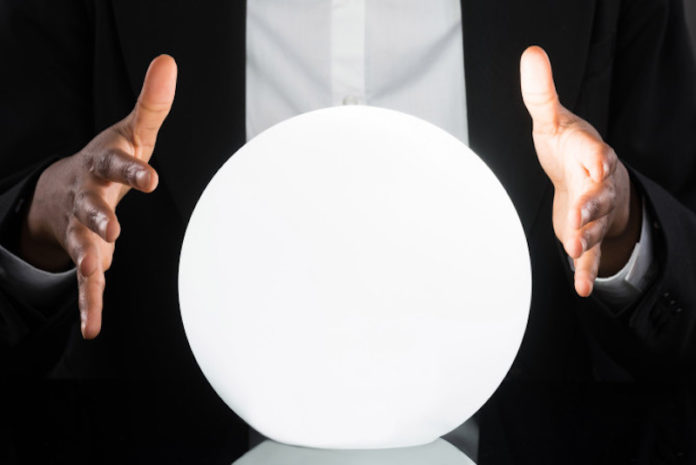 But without further ado … here are my five predictions for 2017:

1. Donald Trump will create his own version of ‘African America,’ and his administration will promote them to death in ’17

Donald Trump and his white supremacist administration don’t mind working with black people, as long as those black people mimic their priorities. Black collaborators like Kanye, Omarosa, Dr. Ben Carson, et cetera, will be promoted as authentic voices within our community. And don’t be surprised if Trump uses black platforms like World Star to promote policies that hurt the black community. We must fight back against this by not being distracted by the subterfuge, and instead work to strengthen our communities against those skin folk who ain’t kinfolk.

2. One city will burn due to a police shooting

For the past five years, black folks have dealt with a constant assault of police violence, and the Trump administration intends on giving more power to the police. We’ve been told to “not jump to conclusions” but the formula of injustice has been the same with each case: Outrage. An appeal for calm. The justice system lets us down. And then the police declare that they’re the real victims. If Dr. Martin Luther King Jr. was correct in that violence is the language of the unheard, then at least one city will hear the pain of black people in ’17. This is not a desire or a wish, but a rational prediction of what happens when the voices of black people are unheard and unvalued.

3. A major figure will emerge from college campus protests

In 2017, I suspect that college campuses will continue to erupt with protests against racism (I documented the history of campus racism in my new book, Blackballed: The Black and White Politics of Race on America’s Campuses, so you can read that to get an understanding of the issue), but what we’ll see is a young college student emerge as a galvanizing and charismatic leader. Everyone loves to dump on black millennials for being lazy or not focused, but I’ve visited enough campuses to know that’s not true. And watch … one or more will begin to lead, not just their fellow college students, but also the nation.

4. A liberal black version of the Tea Party will challenge establishment black politicians

I have a feeling that black folks are tired of seeing the same ole black faces as their mayors, state representatives and congressional representatives. And if these pols think that they can trot out the same ole rhetoric while black folks feel the heel of the Trump administration, they’re greatly mistaken. Maybe it’ll be an offshoot of Black Lives Matter, or a new movement, but look for raucous town hall meetings and challengers to folks you thought would never lose. If I were in Congress, I might wanna dial back on those Congressional Black Caucus black-tie confabs.

5. Donald Glover and Issa Rae will be the new thought leaders

With Glover’s Atlanta and Rae’s Insecure, look for 2017 to be the year where books, television, movies and the rest of the arts reflect a more subtle, nuanced and sophisticated look at what it means to be black in America.

I’m an eternal optimist when it comes to black folks, and I reject this notion that 2017 is going to be a bleak time for us as a people. There will be good times and bad times, but being black, and part of the most amazing black community in the world, is a blessing. As my friend Princeton professor Imani Perry so eloquently noted on Facebook:

“Sociality and vitality are so robust amongst black people in this nation and across the globe that they are infectious and inspiring. Hence the creativity, hence the grace. Black life is resilient and beautiful. And LIVING, and pulsing, moving people, keeping us laughing and fighting.”

Lawrence Ross is the author of the Los Angeles Times best-seller The Divine Nine: The History of African American Fraternities and Sororities. His newest book, Blackballed: The Black and White Politics of Race on America’s Campuses, is a blunt and frank look at the historical and contemporary issue of campus racism on predominantly white college campuses. Follow him on Twitter and Instagram.