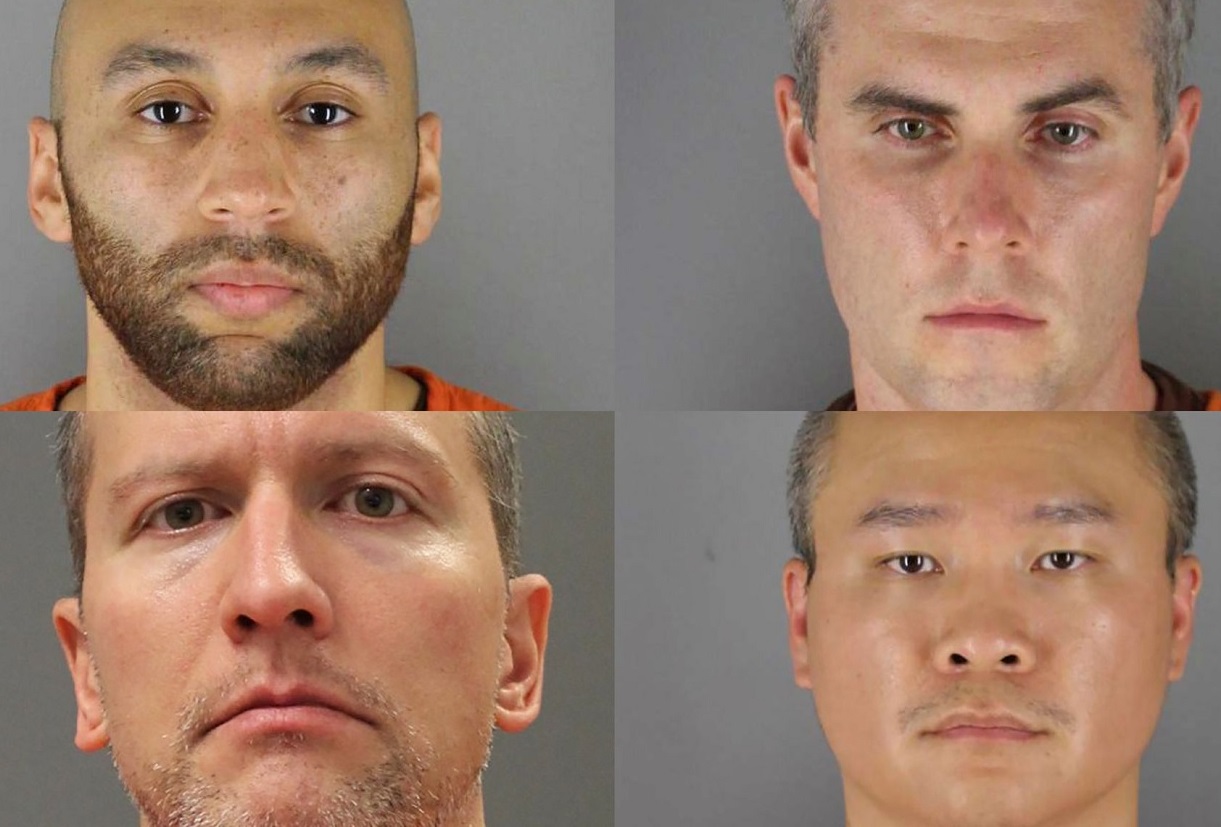 Three of four former Minneapolis police officers charged in the killing of George Floyd are scheduled to appear in court Thursday afternoon.

First appearances are typically procedural: A judge can read the charges to defendants, although most attorneys waive a reading of the criminal complaint; attorneys argue bail and conditions of release; and a future court date is selected.

Pleas are typically not entered during a first appearance.

Ellison, who is now leading the investigation and prosecution, filed a count of second-degree unintentional murder Wednesday against Chauvin.

Chauvin is scheduled to make his first court appearance next Monday.

The four are accused of killing Floyd, a 46-year-old from St. Louis Park, on May 25.

Chauvin knelt on Floyd’s neck for 8 minutes and 46 seconds while Floyd told the officers he couldn’t breathe, and as bystanders pleaded with them to stop.

According to the charges: Lane and Kueng responded about 8:08 p.m. to a report of a man using a counterfeit $20 bill at Cup Foods on the corner of Chicago Avenue and E. 38th St.

They found Floyd sitting in a car nearby with two passengers. Lane pointed his gun at Floyd, re-holsterd it, physically removed Floyd and handcuffed him.

The officers tried to get Floyd, who told them he was not resisting but was claustrophobic, into their squad car.

At some point, Chauvin and Thao arrived at the scene. Chauvin allegedly pulled Floyd, who was still handcuffed, out of the squad about 8:19 p.m.

Floyd landed stomach-down on the pavement, where Kueng held onto his back and Lane restrained his legs.

Floyd told the officers, “I can’t breathe,” and called out, “Mama” and “please,” the charges said.

The officers did not move from their positions until 8:27 p.m. despite Floyd’s pleas, those from bystanders or the fact that Kueng detected no pulse on Floyd, the complaint said.

Floyd’s death sparked worldwide protests after video of the incident was recorded and shared by a bystander. In the video, Thao was seen standing watch over his colleagues and rebuffing witnesses who tried to intervene.

Kueng, Lane and Thao were in custody at the Hennepin County jail as of late Wednesday.

Chauvin was being held at the state prison at Oak Park Heights.