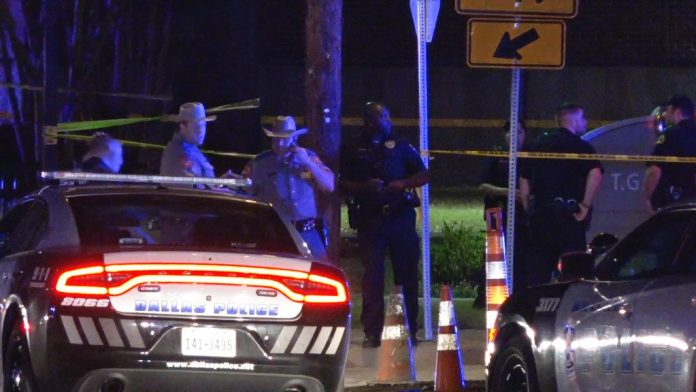 Schaston Hodge, who was shot in August by DPS troopers patrolling South Dallas, died with 16 gunshot wounds in his body, according to an autopsy by the Dallas County Medical Examiner.

The autopsy revealed new details in the fatal August 17, 2019, shooting, which occurred after troopers stopped Hodge for failing to signal a turn. The Texas Department of Public Safety said that Hodge was armed at the time of the shooting and fired at the troopers but has declined to release footage of the incident.

According to the autopsy, Hodge was shot five times in the front and four times in the back of his torso. Other bullets went through his head. He was also shot in the right and left thigh. The autopsy also showed he had alcohol and marijuana in his system.

His mother, Shandra Brackens-Hodge, through her attorney Temani Adams, issued a statement angrily denouncing the troopers’ actions and the subsequent investigation.

“They killed my son like he was an animal. They shot my son 16 times, they almost blew his head off,” Brackens-Hodge wrote.

The DPS troopers involved were identified as Joshua Engleman from Palo Pinto County and Robert Litvin from Parker County. They were placed on paid leave following the shooting. It is unclear whether they have returned to work. Both troopers involved in the shooting are white. Hodge was black.

The pair were working in the city after Gov. Greg Abbott’s decision to deploy state troopers to help a shorthanded Dallas police force amid a spike in violent crime over the summer. At the time, some city leaders and Chief U. Reneé Hall welcomed the aid. But the joint operation was met with concern from a South Dallas City Council member and some black residents alleging over-policing and racial profiling.

The fatal shooting of Hodge led to increased calls for the troopers’ removal.