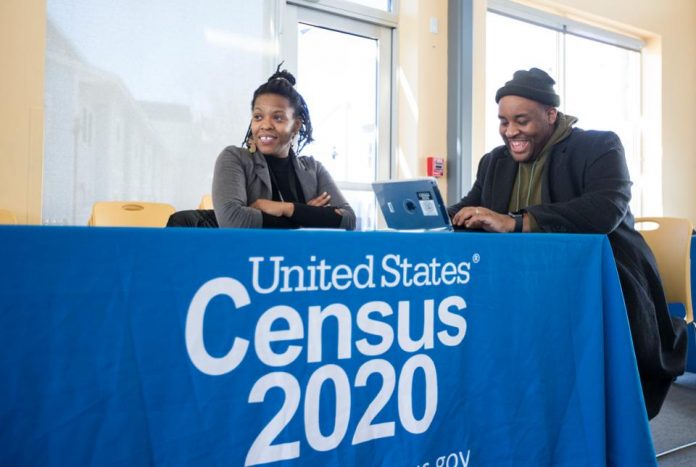 American’s response to the Census helps direct $675 billion in federal funds to local communities for schools, roads, and other public services. Traditionally, it has been difficult getting Black and brown people counted in the Census due to a number of access-related issues. In the last census, 9% of Black people in the U.S. were missed, a rate that was higher than any other racial or ethnic group, and those missing data points mean missing dollars.

The Breakdown You Need To Know: While the world is counting on America to find a solution for the coronavirus, communities and organizations are depending on people to be counted in the Census for funding.

In 2017 alone, $1.5 trillion of federal spending was allocated on the basis of Census Bureau data. Unfortunately, CultureBanx noted there are two main ways a census can be messed up, you can count some people twice, or you can not count some people at all, both of these things happened in 2010. Race historically plays a big role in government numbers regarding who gets counted twice and who gets left out altogether.

The George Washington Institute of Public Policy explained it would be extremely difficult to calculate exactly how many federal dollars were lost to Black communities, because the allocation of funds is based on complex formulas.

They suggested that even the hardest of calculations, which may include dividing all federal money per member of the population, puts the value of filling out a census form at over $4,000 per person.

No Person Left Behind?: The Census Bureau’s estimate of its own 2010 accuracy, released in 2012, found that slightly more than 2% of African-Americans were missed that year, including 6% of African American children. This percentage was double that of white children. On the other hand, the white non-Latino population was over counted by nearly 1%.

People of color are systematically undercounted and if we go back to the 1940 Census, it missed one in every 12 black residents, and the situation doesn’t seem like it’s going to improve. “The 2020 Census is on track to be the most egregious undercount of minorities in the history of the Census,” said Andrew McCaskill, SiriusXM, Culture + Economics contributor. In order to accurately count Black residents “the government has to make a compelling case to African Americans who are unfamiliar with the Census to participate—in an era of epic lack of public trust. That kind of education, awareness and trust should have begun with well funded multichannel engagement campaigns over a year ago, and it didn’t”, said McCaskill.

The racial inequality in national statistics has been stubbornly stable and has cost the Black community millions of dollars. For example, the U.S. criminal justice system incarcerates Black people at five times the rate of white people, meaning young Black men will be counted by the census as residing within a prison. Ultimately, this inflates the population count of census tracts with prisons, and further deprives the Black communities of money where many of those men will ultimately return.

Fighting To Be Counted: There are advocacy groups who have expressed extreme concern around funding issues for the Census. Specifically, the Census Project estimates that there’s a $2 billion shortfall of budget needed to complete an accurate decennial census. Also, the Urban Institute found that between 1.1 million and 1.7 million of Black residents will yet again be missed from the 2020 Census.

The next upcoming key dates for the U.S. Census are March 30 – April 1. This is when they will count people who are experiencing homelessness across the country over these three days. In 2019, an estimated 568,000 Americans experienced homelessness, with African Americans making up about 40% of that total, according to the annual Homeless Assessment Report to Congress.