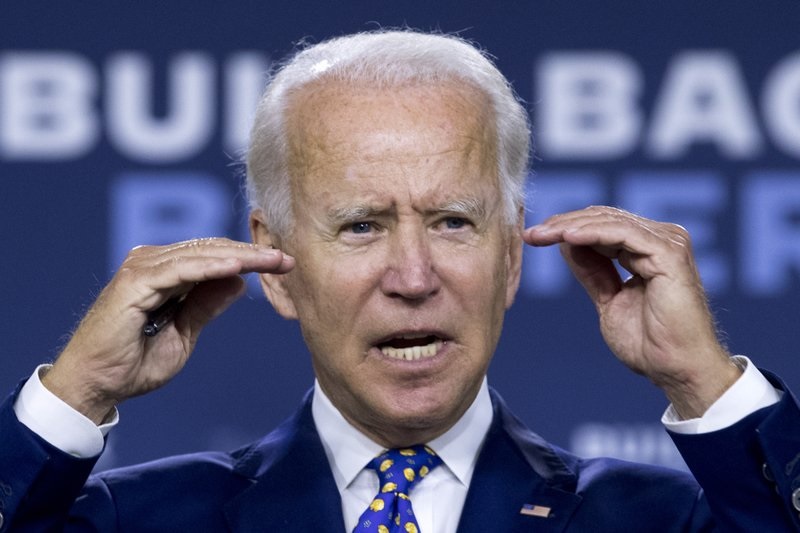 Democratic presidential candidate Joe Biden faces new scrutiny over how he discusses race and ethnicity after drawing distinctions between Black and Hispanic populations in the United States.

“By the way, what you all know but most people don’t know, unlike the African American community, with notable exceptions, the Latino community is an incredibly diverse community with incredibly different attitudes about different things,” Biden said to a Latina reporter from National Public Radio in an interview released Thursday.

“You go to Florida,” Biden continued, “you find a very different attitude about immigration in certain places than you do when you’re in Arizona. So it’s a very different, very diverse community.”

Biden’s observation, part of a series of interviews with Black and Hispanic journalists, came during a back-and-forth over U.S.-Cuba policy. The former vice president was alluding to the dozens of national origins that make up the U.S. Hispanic population, especially in Florida, a presidential battleground. He later clarified his remarks on Twitter. “In no way did I mean to suggest the African American community is a monolith – not by identity, not on issues, not at all,” he wrote, adding that throughout his long political career he’s “witnessed the diversity of thought, background and sentiment within the African American community” that “makes our … country a better place.”

That follow-up came hours after edited snippets of his interview spread quickly and became the latest example of Biden, who is white, drawing a negative spotlight when he’s trying to convince voters he’ll make the nation more equitable.

Symone Sanders, a top Biden adviser said, “The video that is circulating is conveniently cut to make this about racial diversity, but that’s not the case.”

The potential fallout is nonetheless frustrating for Democrats. And though Trump is already seen by a majority of Americans as racially divisive, the stakes magnify every Biden slip, real or perceived.

“People are going to use this, particularly Joe Biden’s adversaries. Even those who are not 100% on board with Joe Biden’s candidacy are going to look for reasons not to support him,” said Antjuan Seawright, a Democratic consultant and Biden supporter in South Carolina, an early primary state where strong Black support propelled Biden to the Democratic nomination.