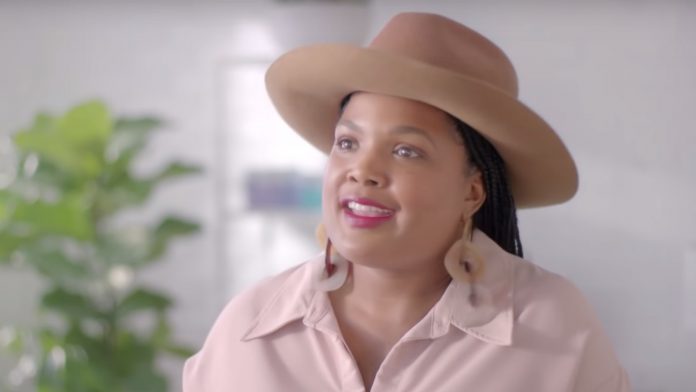 A black-owned business was subjected to a wave of negative reviews after the company’s founder was featured in a Target ad, where she said she hoped her success could pave the way for black girls.

Bea Dixon was featured in a Target commercial called “Founders We Believe In: The Honey Pot,” where she spoke about how difficult it was for her to start her line of feminine hygiene products. Dixon credited Target for working with her and helping her company get stocked at retailers nationwide.

“The reason why it’s so important for Honey Pot to do well is so that the next black girl that comes up with a great idea, she can have a better opportunity,” Dixon said at the end of the ad. “That means a lot to me.”

Although the ad was originally released in early February, a swarm of people left negative reviews for the company on Monday. Many of the one-star reviews left on consumer review website Trustpilot accused Dixon, and Target, of discriminating against white people in the commercial.

“Boycott The Honey Pot Company, and Target. RACIST. White people hating comments not going to be tolerated,” one reviewer wrote.

Another review accused Dixon of fueling racism and wrote that “she make the statement for the next black girl why should the color of her skin matter- totally racist and inappropriate.”
Trustpilot issued an advisory at the top of the company’s page that said it was suspending review posts while its content integrity team was investigating the unusual influx of reviews, “some of which violates Trustpilot’s guidelines.”

“Due to the high influx of reviews we can not guarantee that reviews provide a genuine presentation of the company,” the website said.

“I support @thehoneypotcomp please go leave a positive review on truepilot because white women are leaving nasty reviews about it being racist based off the commercial and have NEVER used the products!” one Twitter user wrote.

1. People will be curious about all the ruckus.

2. If you never heard of it and want to support black business.. #GoBuyHoneyPot

Shout out to all of the Black women and allies who gathered the edges of racist trolls who were upset by @Target commercial featuring The Honey Pot Company because the owner highlighted inspiring the next generation of #BlackGirlMagic for #BHM! 💜✊🏾

Target said that it has had a longstanding commitment to empowering and investing in diverse suppliers in a statement to NBC News Monday.

“We’re proud to work with Bea Dixon and The Honey Pot team to highlight Bea’s journey to build her brand and bring her products to Target,” the statement said. “We’re aware of some negative comments about the campaign, which aren’t in line with the overwhelmingly positive feedback we’ve received from guests who love and have been inspired by Bea’s story.”

Although it did not appear that The Honey Pot Company made a public statement about the issue, its official Twitter account responded to a number of people to thank them for their support.