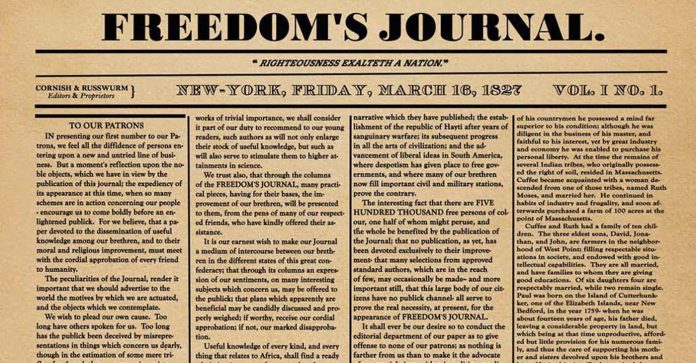 From Freedom’s Journal to The North Star to John Abbott’s Chicago Defender, African American-owned newspapers have sparked fires for truth and equality that have burned with the passion for fighting for freedom throughout history.

Monday, March 16, 2020 marks the 193rd anniversary of the Black Press of America, whose global impact remains undeniable. It all began with Freedom’s Journal, the first African American newspaper, that was guided by the fearless publishers, John B. Russwurm and Samuel E. Cornish.

On March 16, 1827, Russwurm and Cornish announced the publication’s inaugural issue with a front-page that contained these words:

“We wish to plead our own cause. Too long have others spoken for us.”

The 4-page edition included stories about the struggle to end the horrors of slavery, lynching, and social injustice. It also informed the African American community of international news of particular interest, like events in Haiti and Sierra Leone.  The newspaper featured biographies of African American men and women, schools, jobs, and housing opportunities.

“As we deal with some of the most challenging times in modern history, it is important that we understand the significance of the Black Press in reporting on and recording our history,” said National Newspaper Publishers Association (NNPA) Chair, and publisher of the Houston Forward Times, Karen Carter Richards. The NNPA is the national trade association representing America’s Black Press.

“As we celebrate 193 years of being the Voice of Black America, we have made the decision to reschedule Black Press Week due to the unprecedented impact of the Coronavirus. Since the beginning, whether it has been our publishers, editors, journalists, photographers and many others, the Black Press has made the sacrifices and endured the struggles they had to go through in order to publish,” said Richards.

“Even though Freedom’s Journal existed for only two years, its impact on the Black Press has lasted 193 years — and counting,” said Mississippi Link publisher Jackie Hampton, who also serves as secretary of the NNPA. 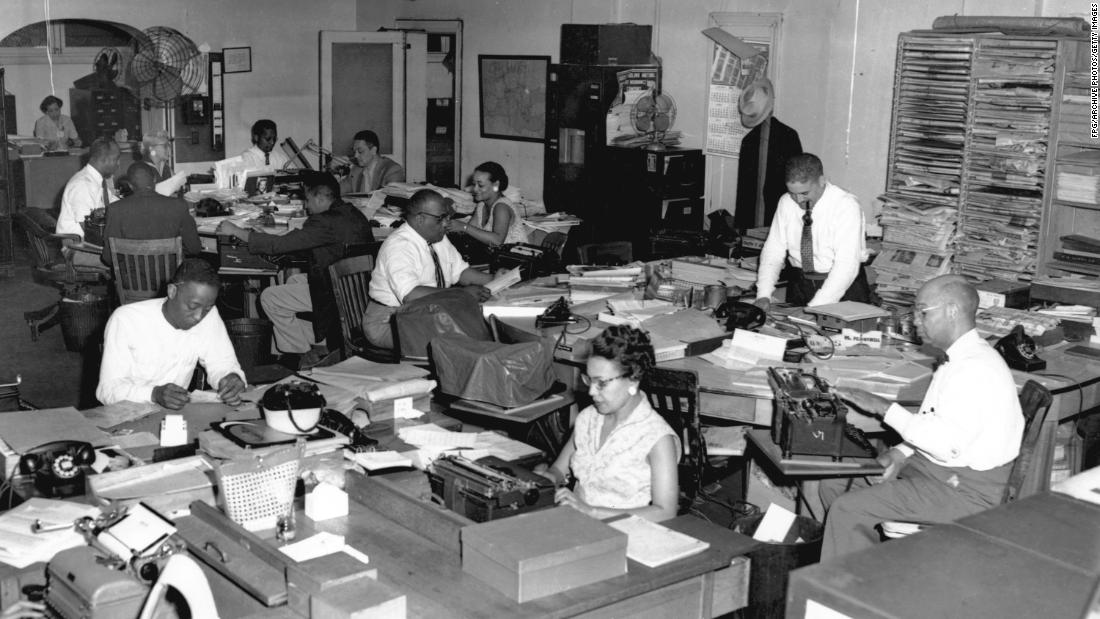 “I give Freedom’s Journal credit for the establishment of more than 200 African-American-owned newspapers across the nation. The papers not only cover regional, national and international news, but they are still telling the stories that Freedom’s Journal advocated,” Hampton observed. “Those stories include political rights for all Americans, the right to vote for all Americans and the telling of positive stories regarding the accomplishments of African Americans which mainstream newspapers often will not cover.”

“I think the founders and editors of Freedom’s Journal would be very proud of the NNPA for deciding to postpone Black Press Week,” Hampton observed. “Because putting the health and safety of attendees first, regardless of how much we value the significance of Black Press, demonstrates our leadership is in good hands. If we don’t make good decisions for ourselves, then who will?”

“The postponement of Black Press Week activities coincides with the national response to the coronavirus, which is the right thing to do,” added Sonny Messiah Jiles, the publisher of the Houston Defender Network and former chair of the NNPA.

“Yet the significance and importance of the Black Press during these times are more relevant than ever before,” Jiles added.

“The virus presents health issues of access to testing, economic issues of job security and family/business income, and sustainability issues of how long this pandemic last. The challenges our country faces today reaffirms the importance of the Black Press of America and of Black Press Week.”

The anniversary of the Black Press is a reminder of the contributions that remain indelibly associated with its fearlessness, determination, and success. 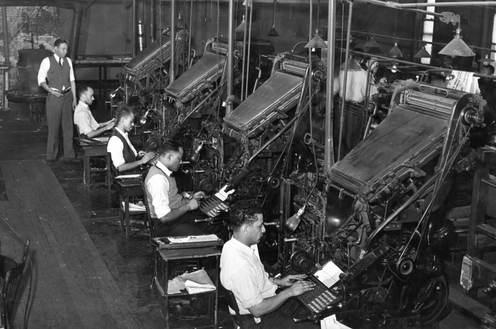 Douglass, who helped slaves escape to the North while working with the Underground Railroad, established the abolitionist paper, The North Star, in Rochester, New York.  He developed it into the most influential black antislavery newspaper published during the Antebellum era.

The North Star denounced slavery and fought for the emancipation of women and other oppressed groups with a motto of, “Right is of no Sex – Truth is of no Color; God is the Father of us all, and we are all brethren.”

“In Africa, you had the atrocity of European nations colonizing sovereign states and turning them into satellite copies of their own nations,” said Rosetta Perry, a civil rights activist and publisher of the Tennessee Tribune.

“That’s one of the reasons why French is spoken so widely on the continent, as well as African nations still using the English monetary system. Black newspapers covered these stories as best they could from afar, but still lacked the resources to send correspondents over to these nations, they often depended on the reports of foreign correspondents from other publications,” she said.

Today, where possible, the Black Press continues to reach across the ocean to forge coalitions with the growing number of websites and special publications that cover Africa daily from on the continent, Perry noted.

The evolution of the Black Press, the oldest Black business in America, had proprietors take on issues of chattel slavery in the 19th century, Jim Crow segregation and lynching, the great northern migration, the Civil Rights Movement, the transformation from the printing press to the digital age and computerized communication.

With the Plessy vs. Ferguson Supreme Court ruling that said no Black man has any rights that a White man must honor, there came a ﬂood of Black publications to advocate for Black rights and to protest the wrongs done to Blacks.

Today, the Black Press continues to tackle domestic and global issues, including the new novel coronavirus pandemic and its effects on all citizens – particularly African Americans.

“This is an important story about the history of the Black Press of America that has consistently been the freedom fighting voice of African people in America and throughout the world for 193 years without waiver or distortion of the truth,” stated NNPA President and CEO Dr. Benjamin F. Chavis, Jr.

“Today, in 2020, amidst the global pandemic of the coronavirus, the Black Press remains the vital source of news and information for 47 million African Americans,” he added.

“On this momentous anniversary, the NNPA salutes all of the African American-owned newspapers and media companies that are affiliated with the NNPA’s expanding network of over 230 media properties and channels.

“May God continue to bless the Black Press of America.”