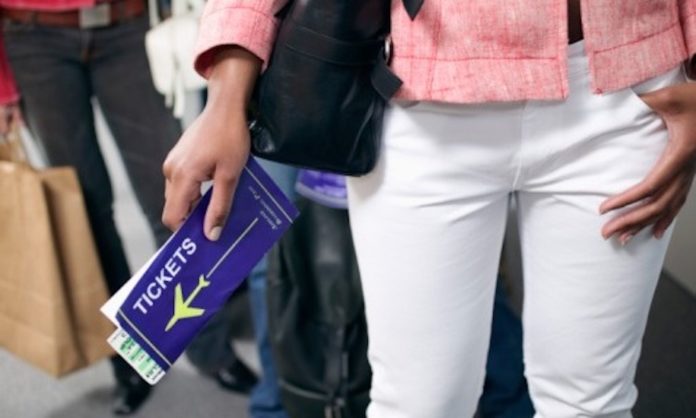 The NAACP, the country’s original and largest social justice organization and Airbnb, the world’s leading hospitality company, today launched a landmark partnership that will help spread the economic benefits of home sharing to more communities.

Under the new partnership, Airbnb and the NAACP will conduct targeted outreach to communities of color to help more people use their homes to earn extra income. By increasing the number of travelers to communities of color, the partnership will spread the economic benefits of tourism. The partnership also includes a unique revenue sharing model: Airbnb will share 20 percent of its earnings from this partnership with the NAACP. The NAACP and Airbnb will also collaborate on a series of projects to support Airbnb’s ongoing efforts to increase workforce diversity, as well as support Airbnb’s supplier diversity goals.

As the original social justice organization, the NAACP has been at the front lines of the fight to create economic opportunities for African American families for 108 years. The agreement with Airbnb builds on this work by creating a 21st century partnership that makes housing more affordable and drives new economic activity to communities of color.

“For too long, black people and other communities of color have faced barriers to access new technology and innovations,” said Derrick Johnson, interim president and CEO of the NAACP. “This groundbreaking partnership with Airbnb will help bring new jobs and economic opportunities to our communities. Airbnb’s commitment to that goal is a tremendous step in the right direction for Silicon Valley to opens its doors to African-Americans and other communities.”

“Airbnb is democratizing capitalism. Instead of a corporation controlling the supply and distributing the profits, hosts decide when they offer their space and keep 97% of what they charge for their listing,” said Belinda Johnson, Airbnb’s Chief BusinessAffairs Officer. “Our fastest-growing communities across major US cities are in communities of color and we’ve seen how home sharing is an economic lifeline for families. This partnership will build on this incredible progress. The NAACP is unrivaled in its tireless work to expand economic opportunities for minority communities and we look forward to collaborating with their talented team.”

Economic Opportunity is one of the NAACP’s six “Game Changer” issues. As such, the NAACP recognizes the importance of the economy and economic issues in advancing an equal opportunity society and aims to address the challenging economic realities facing our country including poverty, lack of jobs and disproportionate high unemployment, lack of affordable housing and foreclosures. Through its Economic Department, the NAACP works to enhance the capacity of African-Americans and other underserved groups through financial economic education; individual and community asset building initiatives; diversity and inclusion in business hiring, career advancement and procurement; and monitoring financial banking practices.

Analyses have shown that Airbnb and home sharing can provide significant economic benefits to communities that have not benefitted from tourism in the past. Up to 50 percent of guest spending occurs in the neighborhoods where guests stay and communities of color are some of the fastest growing neighborhoods in the Airbnb community. A 2016 study of the New York Cityhost community found that the number of Airbnb guests grew 78 percent year-over-year in the 30 city zip codes with the highest percentage of black residents, compared to 50 percent

The Airbnb-NAACP partnership includes a series of commitments

● Community Outreach & Education. Local NAACP chapters will work with Airbnb to launch a grassroots, community-based campaign to educate more people on the economic benefits of hosting and bringing more travelers to communities of color. The campaigns will include a series of in-person community meetings, online and offline outreach efforts, and educational campaigns on issues regarding fair and affordable housing.

● Revenue Sharing. Airbnb will share 20 percent of the earnings it receives as a result of these new community outreach efforts with the NAACP. Host earnings will not be impacted by this initiative. Additional details regarding this initiative will be announced in the weeks ahead.

● A Diverse Employee Base. According to the most recent figures, 9.64 percent of all United States-based Airbnb employees are from underrepresented populations. Increasing diversity in its workforce is a key priority for Airbnb, which has set a goal of increasing the percentage of its employees from underrepresented populations in the U.S. to 11 percent by the end of 2017. The NAACP will provide support and guidance as Airbnb works toward this goal.

● Supplier Diversity. The NAACP will serve as a formal adviser to Airbnb’s Supplier Diversity Program to better connect Airbnb with diverse businesses who can help meet the growing company’s needs. Airbnb has set a goal that 10 percent of its total procurement spend goes to suppliers owned by underrepresented communities, women, veterans, members of the LGBTQ community, and businesses in Historically Underutilized Business Zones by the end of 2019

Airbnb’s mission is to create a world where anyone can belong anywhere and the company has worked to leverage its platform for good around the world. In the last year, Airbnb has set a goal of providing temporary housing for 100,000 displaced people, forged partnerships to provide economic opportunities for women in India and is creating new ways to recognize and promote hosts who commit to pay their house cleaners a living wage of $15 per hour or more.

Airbnb has also worked to implement a series of steps to help fight discrimination, promote inclusion and diversify its community and employee base including, but not limited to:

● Everyone who uses Airbnb must agree to the Community Commitment, a pledge to treat everyone in the community with respect and without judgment or bias, regardless of race, religion, national origin, ethnicity, disability, sex, gender identity, sexual orientation or age.

● Under Airbnb’s Open Doors policy announced last fall, if a guest is unable to book a listing and feels that it’s due to discrimination, a specially trained team of Airbnb employees, available 24/7, will ensure that the guest finds a place to stay.

● Anyone who violates Airbnb’s policies may be immediately and permanently banned from using Airbnb.

● Last fall, Airbnb also engaged a preeminent US expert to help develop trainings for hosts that will help reduce unconscious bias. After launching the training and promoting it to US hosts, Airbnb continues to make it available online.

● Nearly 100 percent of Airbnb employees have completed anti-bias training, and Airbnb has created a permanent team of engineers, data scientists, researchers and designers whose sole purpose is to advance belonging and inclusion, and to root out bias.

Founded in 1909, the NAACP is the nation’s oldest and largest nonpartisan civil rights organization. Its members throughout the United States and the world are the premier advocates for civil rights in their communities. You can read more about the NAACP’s work and our Economic Opportunity “Game Changer” issue by visiting http://www.naacp.org/issues/economic-opportunity/.

Founded in 2008, Airbnb’s mission is to create a world where people can belong when they travel by being connected to local cultures and having unique travel experiences. Its community marketplace provides access to millions of unique accommodations from apartments and villas to castles and treehouses in more than 65,000 cities and 191 countries.

With Experiences, Airbnb offers unprecedented access to local communities and interests, while Places lets people discover the hidden gems of a city as recommended by the people that live there. Airbnb is people powered and the easiest way to earn a little extra income from extra space in a home or from sharing passions, interests and cities.