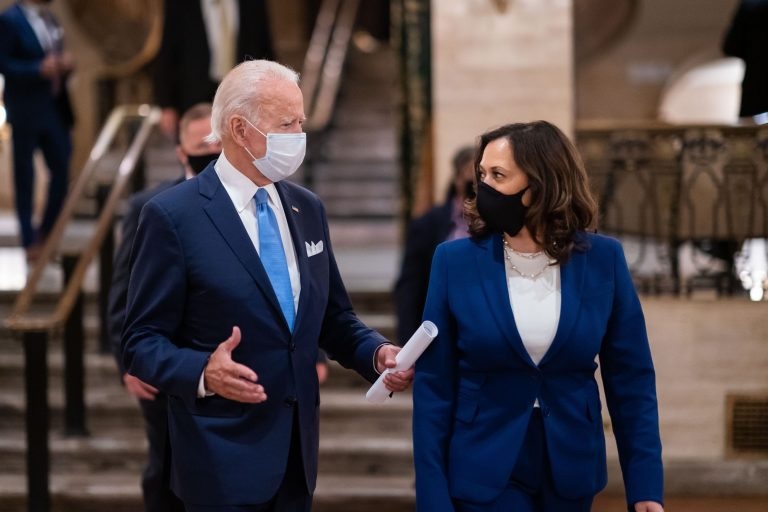 As Joe Biden continues to rally support for his presidential run, his campaign has been focused on connecting with a vital segment of the constituency: Black business owners. To achieve that end, it has launched “Make It Happen Mondays,” a series of weekly virtual roundtables designed for African American entrepreneurs to share their challenges as well as learn more about the Democratic presidential candidate’s innovative approaches and strategies to fuel business growth.

Gaining regular access to campaign officials, surrogates, and business leaders through such programming is critical for those who own and operate firms most devastated by COVID-19—an estimated 40% have been shuttered since the beginning of the pandemic—and have been traditionally hamstrung by the lack of capital and contracts, among other obstacles.

“An overarching goal when engaging our key constituency groups is meeting people where they are—in spaces they feel most comfortable, with people they know and focusing on issues they’re concerned about,” Kamau Marshall, the campaign’s director of strategic communications, told BLACK ENTERPRISE in an email.

“Make it Happen Mondays, coordinated by Director of African American Engagement Trey Baker, is the perfect example of bringing like minds together to not only empower voter participation this fall, but to inspire leaders and change-makers in all walks of life. We are confident that these weekly conversations with Black business owners will underline the commitment of a Biden-Harris administration in promoting systemic change and strengthening the Black business community.”

Harris Reaches Out To Black Business On Campaign Trail

The campaign’s recent outreach has included Sen. Kamala Harris’ Labor Day campaign stop in Milwaukee where she spoke to entrepreneurs at a “Build Back Better” Black Business Roundtable. During her appearance, she advocated “the importance of building an entrepreneurial class.”

“Having our government, and as our priorities, it is part of Joe Biden and my priority, investing in entrepreneurship and investing not only through the work that we will do that is about access to capital to the small businesses administration, access to capital about putting money into opportunity zones is one part of it but also $150 billion in new capital and opportunities around investing in private venture capital as well as what the government can do,” she stated. “This is about an investment in not only those specific communities but in our country. Understanding that some of the greatest sources of wealth and inter-generational wealth come about through that kind of focus.”

She further emphasized the value of community banks, citing that up to 90% of minority- and women-owned small businesses did not gain the benefit of the Payment Protection Program (PPP) funds “in large part because unlike how Donald Trump has been concerned about the wealthy, the people who are working every day and trying to raise their families don’t have access to those kind of relationships.”

Among the other initiatives that the VP nominee shared was a proposal to make tax credits permanent to increase “funding to as much as $5 billion annually to provide credit for equity investment for small businesses that benefit low- and moderate-income areas.”

Why Making It Happen Monday Matters

Blake believes the program is critical for the future of African Americans. “The COVID Era has prompted the question of Black survival. Many of us talk about survival in terms of whether we physically will make it through but the day but it also has to be the question of whether Black business will make it to tomorrow,” he maintains. “Many feel that the paramount issue before us is the economic condition of Black business and the impact that it has on the Black community. Why we need Biden and Harris to win is that I don’t know if Black business will survive if they don’t.”

Blake also says Harris’ Milwaukee visit demonstrated that the campaign’s emphasis on Black business development as being as critical as social justice: “It is not just are we afraid we can’t breathe. It’s not just are we wondering if we can survive police brutality. We’re asking whether we can economically survive, and we can’t without Black business.”

“So that’s why Making It Happen Mondays are so important for us to demonstrate on a continual basis that the way we will show massive change if given the chance is by providing economic opportunity for Black business. Now, we have to create awareness so more people can understand their plan.”

Blake, who says he has worked closely with Biden on such issues as financial regulatory reform during his days in the Obama administration and has known Harris since the 2008 campaign, says MIHM will make businesses aware of key proposals such as the rescue package to put small businesses on a better financial footing, SBA reforms to help companies gain more access to financing, and strengthening the Minority Business Development Agency by elevating the agency head to assistant secretary status and vesting him or her with lending authority. He believes session attendees will be armed with the information to make the best choice come Election Day.

Brown, who is the founder of omalilly projects, an artist management, and production company, says the roundtable series will help draw entrepreneurs to the Biden-Harris ticket given the racial equity component incorporated in its economic plan as a means to combat “the systemic racism that is baked into” bank financing, government contracting, employee wages and other such areas—all of which have stymied the growth of African American-owned businesses before the pandemic-infused economy. “It doesn’t matter the size of the company,” she asserts. “Most Black businesses continue to lack liquidity.”

Highlighting The Perseverance of Black Entrepreneurs

More than just a program focusing on policy issues, Blake maintains that MIHM “gives entrepreneurs the opportunity to tell their stories.” That was evident with this week’s panelists that included Natalie Madeira Cofield, founder and CEO of Walker’s Legacy, a global women’s business collective for enterprising multicultural women; Darian Hall, co-founder of HealHaus, the Brooklyn, New York-based wellness company; and David Clunie, executive director of the Black Economic Alliance PAC, a political action group of leading Black executives and entrepreneurs who made news last week with its endorsement of the Biden-Harris ticket.

Even though there has not been a gender breakdown of business ownership tied to the percentage of COVID-19 related Black-business closures, Madeira Cofield believes that Black female-owned businesses have suffered given that “roughly 60% of Black businesses are started and run by black women.” 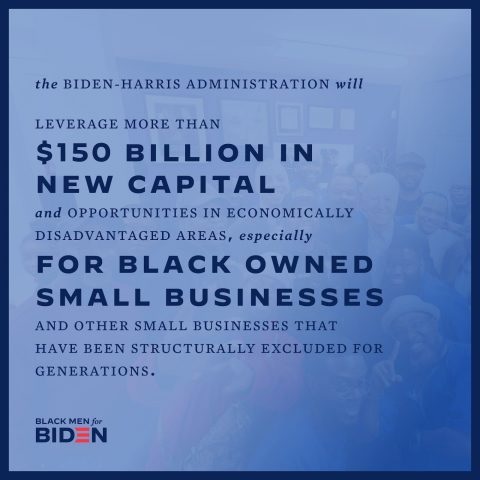 She says: “At this stage, the information that we have from outlets and partners have been anecdotal. We still don’t know how severe it has been yet. We know what it’s like to close a storefront but what does it look like to close online businesses or closing manufacturing plants.”

Despite the challenges of the COVID-19 Economy, Madiera Cofield maintains that Black businesses can make significant advances though she believes giving the MBDA more teeth or bolstering government programs like discarding the graduation schedules for minority firms who participate in the federal 8(a) set-aside program will prove helpful.

“In every moment of chaos, there is opportunity. As people know. the Chinese character for chaos is the same for opportunity,” she says. “We are still seeing great stories of Black business persevering during this period. People who have established businesses are now corona-proof, which means this situation has caused Black businesses to propel themselves into the digital era.”

Hall’s HealHaus, which, among other services, holds yoga and meditation classes and operates a cafe with vegan and gluten-free offerings, represents one of those enterprises. The pandemic forced him to close his company’s physical operations in mid-March because HealHaus was not classified as an essential business. He also had to put his financing plans on hold.

The crisis forced Hall to quickly transition into a digital company in which he and his team offer online classes. “unless you were in New York, you couldn’t really experience HealHaus,” he says. “When we put everything online, it opened up programming to the nation.” Moreover, due to his quick action and impeccable As a result, his annual $350,000 in annual revenues seems on track to grow by some 15%.

Although Hall was one of the fortunate entrepreneurs who were able to gain PPP financing, he says that “the most frustrating thing has been to see these multimillion-dollar businesses get money while most mom-and-pop businesses couldn’t get any. Black folks are always affected the most.”

Hall says MIHM has proven to be an invaluable vehicle in giving Black entrepreneurs a voice. “I’m glad these conversations through Making It Happen Mondays. They’re definitely not happening with the other side. Now, we have to make sure we turn these conversations into real action.”