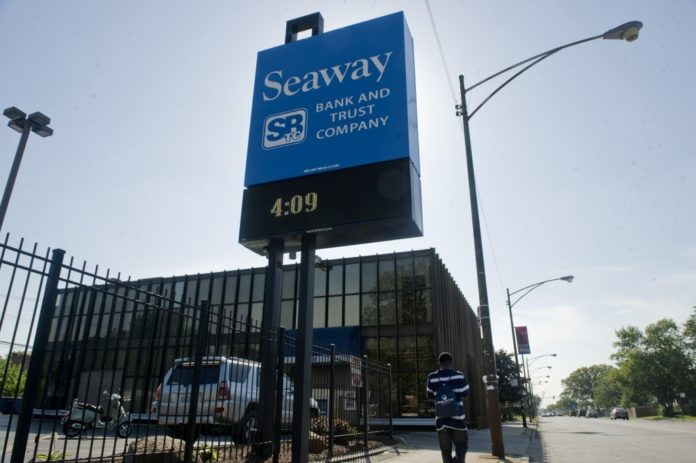 A week before the start of Black History Month, Seaway Bank, Chicago’s largest black-owned bank was sold to State Bank of Texas of Dallas. At the time of this acquisition, Seaway was no longer black-owned.

The bank, which had 10 locations in total, was forced to close after being hit hard by the housing crash. During this time, many homes on the Southside of Chicago plunged in value, making it difficult for some families to afford their mortgage.

In September 2016, Chicago Business reported the housing market fall in Chicago between 2006-2012, in which the home prices fell 35 percent. Over the past four years, the same market has only recovered 10 percent of its value, a hit that Seaway was unable to survive.

Before The State Bank of Texas of Dallas made the acquisition, Seaway had approximately, $361.2 million in total assets and $307 million in total deposits. The number was enough to significantly impact the African-American community over time. Had it survived.

Despite being heavily involved in last year’s #BankBlack movement, the bank struggled to secure new funders within the black community. Thus, ultimately taking over $500,000 million dollars directly from the Black community.

DAMN! Went to log in to my black-owned bank & found out it's not black-owned anymore 😨 I think that was the last one in IL 😟 #SeawayBank 💔 pic.twitter.com/Mjz95vuQuR

But here’s why we should be concerned by the demise of such an important black-owned bank.

Big banks are less likely than black-owned banks to approve mortgage applications for blacks than other racial groups. In fact, a Time article written last year shows that the approved mortgage applications for African Americans are only 5.3 percent, down from 7.8 percent in 2007. Without approval on mortgages, it makes it tough for blacks to own property within their own community. It also makes it much more difficult for our community to rebuild new schools, stores, and other black-owned spaces needed to propel our community forward.

Seaway Bank was no different. It was established in 1965 to counter discriminatory lending practices and was once recognized as one of the largest minority-owned banks, employing over 200 people. Since the 60’s, it was a staple on the Southside of Chicago nestled along 87th Street.

In an interview with Ndigo, the article reports that in 1965, Dr. Martin Luther King Jr. made a deposit at Seaway in the name of his organization, the Southern Christian Leadership Conference. The bank had a lot of history in our community.

Today, reportedly over 30 percent of African Americans live without a bank account or are considered under-banked. This in itself is another challenge that makes it difficult to retain black wealth.

In 2017, there are approximately 20 banks owned by African-Americans (out of nearly 6,000 total) , or about 0.4 percent. This number is astronomically lower than the amount of black Americans living in this country. And if we want our dollars to stay within our community, we can no longer afford for assets such as Seaway Bank to slip through the cracks unnoticed.

Just five years ago, Seaway acquired Legacy Bank in Milwaukee, which was also forced to close by regulators after the financial crisis. Legacy was originally founded in 1999, when three black women attained a charter and raised $5 million in capital.

Ebony Magazine for example, which reported on the positive growth due to the #BankBlack movement back in August 2016, hasn’t discussed Seaway Bank since. And much of its staff is located in the same city. Black Enterprise, heralded as “the premier business, investing, and wealth-building resource for African Americans” also hasn’t reported about in on their site since 2015. And while this isn’t a shot at the Black-owned media outlets I’ve come to love and support over all these years, it is a wake-up call.

Collectively, there may have been a chance for our community to do something about this, but unfortunately not enough of us knew about it in time to do so. This is a problem that has kept us on the defense rather than offense for far too long.