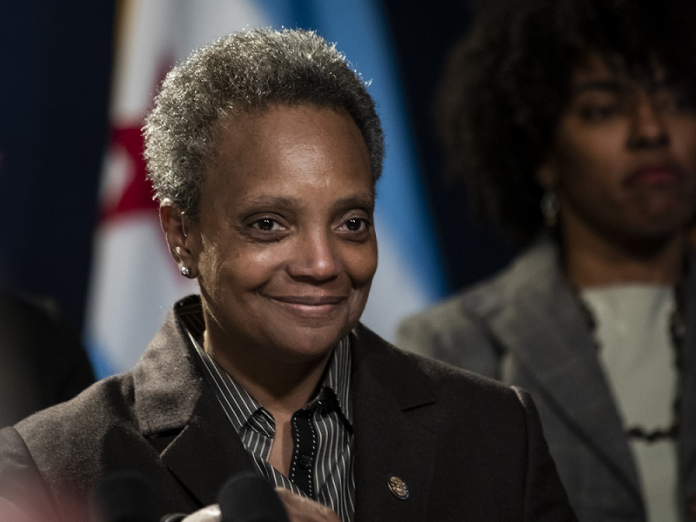 Chicago Mayor Lori Lightfoot would like the city to start growing marijuana to give minorities a chance to learn the business and share the wealth, according to reports.

Lori Lightfoot, who made history last year as the first black woman mayor of Chicago and the first openly gay mayor of a large city, is pushing for a city-owned cultivation center. At a press conference last month, she stated that a cooperative cultivation center that residents of color could “buy into” with a “modest cash investment” or with “sweat equity” could be used as seed money from up to $15 million generated by tax-increment financing.

“This is a very, very expensive business to get involved with. The basics to be a cultivator requires about a $13 million to $15 million investment. There are not a lot of people that have that, particularly in a market that a lot of banks and traditional lenders won’t touch,” she told The Chicago Sun-Times.

“I think the only way to really crack this nut is for the city to invest its own resources to get engaged, get diverse entrepreneurs involved in the most lucrative part of the business, which is cultivation,” Lightfoot added.

According to News One, Alderman Jason Ervin (28th ward) is upset that black people, who suffered the most because of the war on drugs, have “zero representation” among the owners of 11 medical marijuana dispensaries that would get a head start when recreational weed sales begin Jan. 1. These 11 medical marijuana dispensaries would be allowed to instantly transition to recreational marijuana sales during the first year of legalization and have the exclusive right to open a second dispensary until late spring when new businesses would finally have their moment to bid in.

“I’ve made no secret of the fact that I would like to have the opportunity for the city to create a cooperative cultivation center so we can bring a professional in, let the professionals run it. But then, people will buy into the cooperative—either with modest cash investment or sweat equity—and eventually, after they learn the business from top-to-bottom, turn that over to them,” Lightfoot said. “This is a challenging issue. No question about it. This is a marketplace that was already created with medical marijuana. The vast majority of the people that are the entrepreneurs and business owners are white men. We know that. We will work as a city to make sure that we give opportunities for other people to be participants in this thriving market.”