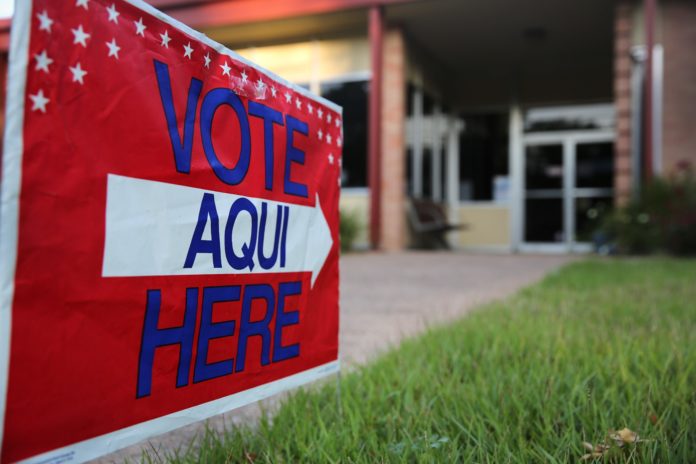 On July 14, Texas will hold its 2020 runoff elections to decide the final spots for Democrats and Republicans on the November general election ballot. There are 35 congressional, legislative and state board nominations up for grabs. You can view the full ballot here and find polling locations here.

With early voting starting Monday, this is what you need to know.

Who can vote in the runoffs?

Texas has open primaries, meaning you don’t have to be a registered member of either party to cast a ballot in a primary runoff. You can check your voter registration status here. But you can only vote in one party’s primary, and which one might depend on how you voted in the first round of the primaries in March. People who voted in the March 3 primary are only able to vote in that same party’s runoff election, as they have affiliated themselves with that given party for that calendar year. Those who did not participate in the March primary are able to vote in either primary runoff election.

The primaries were originally scheduled for May, but Abbott delayed them until July because of the coronavirus. Abbott also doubled the length of the early voting period for the July primary runoff elections in a move to aimed at easing crowds at the polls during the pandemic. Early voting runs from Monday through July 10.

“It is necessary to increase the number of days in which polling locations will be open during the early voting period, such that election officials can implement appropriate social distancing and safe hygiene practices,” Abbott wrote in a May proclamation.

How did the coronavirus affect mail-in voting?

The pandemic has stirred a legal fight over mail-in voting in Texas. Democrats sued the state hoping to expand voting by mail as a safer alternative to in-person voting during the pandemic, but the Texas Supreme Court ruled in late May that a lack of immunity to the coronavirus alone does not qualify a voter to apply for a mail-in ballot.

“We agree with the State that a voter’s lack of immunity to COVID-19, without more, is not a ‘disability’ as defined by the Election Code,” the court wrote in May.

Texas voters can qualify for mail-in ballots if they are 65 years or older, have a disability or an illness, are confined in jail, according to the Texas secretary of state’s office. Those who will not be in the county where they registered on election day and throughout the early voting period also have the option to request a ballot by mail

What is being done to make the polls safe?

State leaders have largely left it up to local officials to set up safety precautions, but the Texas secretary of state’s office has some recommended guidelines for voters and county governments. The eight-page document suggests that voters bring their own hand sanitizer and wear face masks, bring their own marking devices — like pencils with erasers — and consider voting curbside if they have symptoms of COVID-19. (Voters unable to enter polling places are allowed to ask a poll worker to bring a ballot to their cars parked curbside. The state recommends that voters call ahead before requesting this option.)

Local voting officials have stocked up on sanitizer and protective gear while also considering plastic shields for check-in stations at polling places. The state has also recommended that they place markings on the floor to help people maintain social distancing in lines and place voting booths at least 6 feet apart.

What’s on the ballot?

The stakes in the runoff races vary widely, from contests where the winner is likely destined to lose in November to races in which a victory in July will almost certainly mean a congressional seat in November. Here are some of highlights of statewide interest:

The Electoral College is made up of 538 electors who cast votes to decide the president and vice-president of the United States. When voters go to the polls, they will be choosing which candidates receives their state’s electors.

The candidate who receives a majority of electoral votes (270) wins the presidency. The number 538 is the sum of the nation’s 435 representatives, 100 senators and 3 electors given to the District of Columbia. The state of Texas gets 38 electoral college votes, which is about 14 percent of the total needed to win the presidency. YOUR VOTE COUNTS.

How does the Electoral College work? Every four years, voters go to the polls and select a candidate for president and vice-president. In Texas, the candidate who wins the majority of votes, wins all of the Texas electoral votes.