Joanne Day is no stranger to problems in her workspace. In her nearly 20 years working at a state health agency, she’s dealt with mold, leaking rainwater and falling drywall — all issues she blames on poor funding of the state’s facilities commission and mismanagement within her agency.

But after reading a recent report by The Texas Tribune that revealed the mold incursion in the Austin State Hospital 636 building, Day still felt a shudder rip through her body.

“I was surprised, but not surprised,” said Day. “I was appalled. I was disappointed that someone else is going through this.”

On Friday morning, a group of state employees gathered outside of the main campus of the Health and Human Services Commission holding signs with illustrations of rats and roaches. They were protesting what they believe are poor working conditions and failed maintenance responses in state office buildings. Earlier this month, Department of State Health Services employees were relocated from a state hospital building where a mold infestation had invaded some of their desks, chairs, carpeting and keyboard hand rests. The move was announced one day after the Tribune uncovered the conditions.

Simon Andrade, whose workplace was directly affected by the mold invasion, said he was “frustrated” that the problem wasn’t addressed sooner — and more frustrated that his coworkers had to go to the media to seek help instead of getting help from senior leadership.

“I think [the mold] has been disruptive in our work having to move locations, having to work in conditions that don’t give us everything we need to get our jobs done,” Andrade said. “As state employees, our concerns fell on silent ears.”

This isn’t the first unsanitary issue in state buildings. Last year, the health commission said its Austin building was overrun by several hundred rats— and had to pay $60,000 for exterminators.

“If you’re seeing multiple state agencies dealing with issues around facilities, it just begs the question of what’s been the state’s approach to establishing safer work environments for their employees,” Andrade said.

“The Legislature needs to do something, do whatever it takes,” said Swallow, who declined to give the specific agency where she works. “Because for whatever reason, the Texas Facilities Commission is not willing or not able. It’s just ridiculous the amount of things that go unaddressed.” 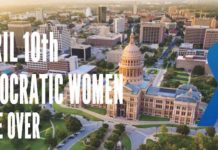