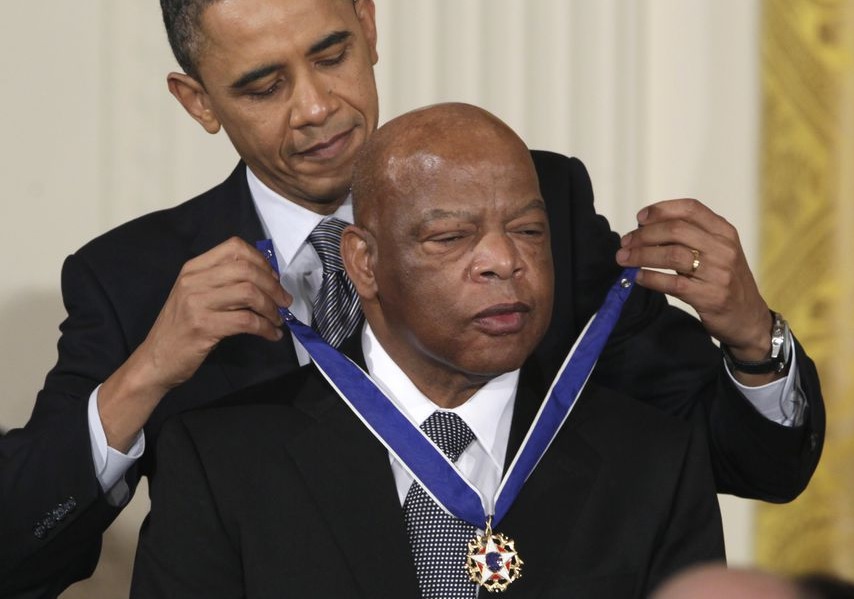 When John Lewis is mourned, revered and celebrated at Ebenezer Baptist Church in Atlanta on Thursday, he returns to a sacred place imbued with civil rights history.

The arc of Lewis’ legacy of activism will once again be tied to Ebenezer’s former pastor Martin Luther King Jr., whose sermons Lewis discovered while scanning the radio dial as a 15-year-old boy growing up in then-segregated Alabama.

King continued to inspire Lewis’ civil rights work for the next 65 years as he fought segregation during sometimes bloody marches, Greyhound bus “Freedom Rides” across the South and later during his long tenure in the U.S. Congress.

Former President Barack Obama will be attending Thursday’s funeral and is expected to address mourners, according to a person familiar with the arrangements who was not authorized to speak publicly. President George W. Bush’s office said the former president and first lady Laura Bush also will attend.

Although Lewis did not originally endorse Obama’s 2008 campaign against Hillary Clinton, Lewis came around, and the two formed a close relationship. Obama awarded Lewis the Presidential Medal of Freedom in 2011.

Upon news of Lewis’ death, Obama released a statement that said the two first met when Obama was in law school, and he told Lewis he was one of his heroes.

“Years later, when I was elected a U.S. Senator, I told him that I stood on his shoulders,” he wrote. “When I was elected President of the United States, I hugged him on the inauguration stand before I was sworn in and told him I was only there because of the sacrifices he made. And through all those years, he never stopped providing wisdom and encouragement to me and Michelle and our family. We will miss him dearly.”

“He was my hero,” Ebenezer’s senior pastor, The Rev. Raphael Warnock, said in an interview late Wednesday. “He laid it all on the line, at the risk of life and limb.”

“He read the Gospel, and he actually believed it — love your enemies,” added Warnock, who will officiate the funeral.

When Lewis was 15, he heard King’s sermons on WRMA, a radio station in Montgomery, Alabama, he recalled in an interview for the Southern Oral History Program.

King was “the person who, more than any other, continued to influence my life, who made me who I was,” Lewis wrote in his 1998 autobiography, “Walking with the Wind.”

By the summer of 1963, Lewis was addressing thousands of people during the March on Washington, speaking shortly before King gave his “I Have a Dream” speech. He spoke then about Black people beaten by police and jailed — themes that resonate vividly in today’s times.

“My friends, let us not forget that we are involved in a serious social revolution,” Lewis told the huge crowd on the Washington Mall.

“To those who have said, ‘Be patient and wait,’ we have long said that we cannot be patient,” he added. “We do not want our freedom gradually, but we want to be free now! We are tired. We are tired of being beaten by policemen. We are tired of seeing our people locked up in jail over and over again.”

In 1965, Lewis was beaten by Alabama state troopers in the city of Selma in what became known as “Bloody Sunday.” 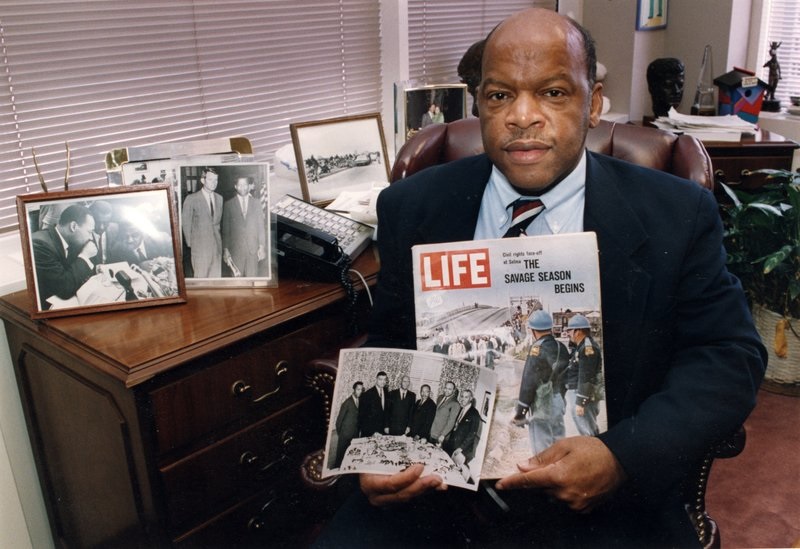 Last Sunday, his casket was carried across the Edmund Pettus Bridge in Selma. The wagon rolled over a carpet of rose petals on the bridge that spans the Alabama River. On the south side of the bridge, where Lewis was attacked by the law officers, family members placed red roses that the carriage rolled over, marking the spot where Lewis spilled his blood and suffered a head injury.

Lewis was later awarded the Medal of Freedom by the nation’s first Black president in 2011.

He spent more than three decades in Congress, and his district included most of Atlanta.

On Monday, a memorial service at the U.S. Capitol in Washington drew congressional leaders from both parties. Lewis was the first Black lawmaker to lie in state in the Capitol Rotunda. On Wednesday he was lauded as a warrior and hero during a ceremony at the Georgia Capitol, where people paid their final respects to the civil rights icon in one of the last memorials.

Lewis was a member of Ebenezer, and “it was my honor to serve as pastor to John Lewis, a man of faith and a true American patriot who selflessly risked life and limb in the sacred cause of truth-telling and justice-making in the world,” Warnock said in a statement before the funeral.

“He was wounded for America’s transgressions, crushed for our iniquities and by his bruises we are healed,” Warnock added. “Today we weep. Tomorrow we continue the work of healing that was his life’s work.”

-The Associated Press contributed to this story.