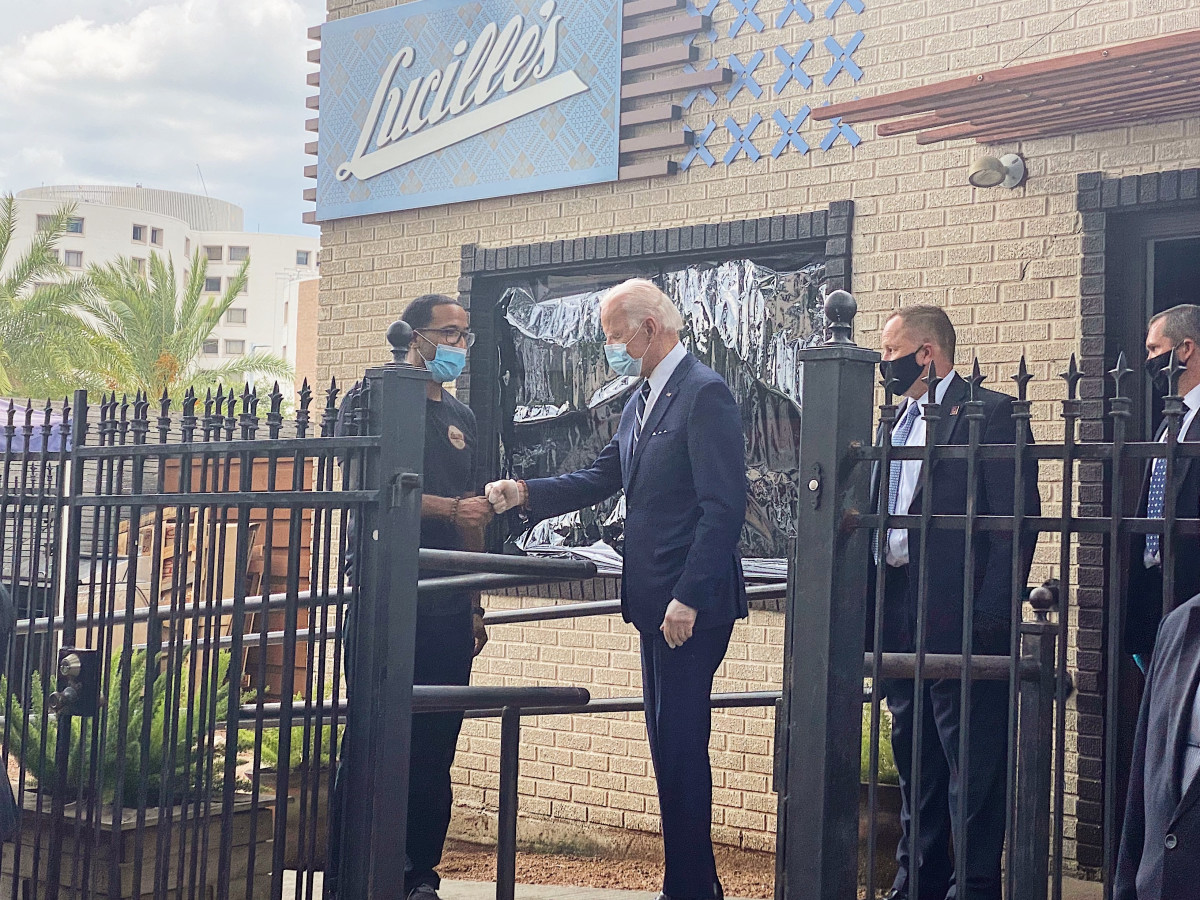 Joe Biden dined at one of Houston’s most-acclaimed Black-owned restaurants on Monday. Biden, the current Democratic Party nominee for president and former Vice President, enjoyed brunch with his wife Jill at Lucille’s in the Museum District.

Although the Southern-inspired restaurant is usually closed on Mondays, chef-owner Chris Williams hosted the Bidens for a meal with the family of George Floyd, the one-time Houstonian whose death while in police custody has touched off worldwide protests about race and policing. The Biden will attend Floyd’s funeral in Houston on Tuesday.

Listening to one another is what will begin to heal America. That’s just what VP @JoeBiden did with the family of #GeorgeFloyd – for more than an hour. He listened, heard their pain, and shared in their woe. That compassion meant the world to this grieving family.

“We are completely filled with gratitude and honored to have been selected to host Vice President Joe Biden, Dr. Jill Biden, and the Floyd family for this historic meeting,” Williams said in a statement. “It’s a travesty that Floyd’s death was the catalyst for this meeting, but we are so inspired by the Floyd family’s resilience are hopeful that this meeting continues to advance the mission of justice for George Floyd.”

Following the Floyd family’s departure, the Former Vice President taped an interview with CBS Evening News in Lucille’s dining room. The interview will air tonight in at 5:30 pm in Houston.

Open since 2012, Lucille’s is named in honor of Williams’ great grandmother Lucille B. Smith, a legendary African American chef, educator, and entrepreneur. Her signature chili biscuits — a staple of Williams’ menu since the restaurant opened — earned wide acclaim, including being served at the White House. Just as Smith once served civil rights activist Martin Luther King, Jr., Williams noted a kinship with serving the Bidens and the Floyd family.

“This morning was also such a full circle moment for my family and I,” Williams added. “My great grandmother Lucille was visited by the Roosevelt’s, and we still have her letter of commendation from President Lyndon Johnson hanging in our dining room. So for Vice President Biden to come here and personally gift me a challenge coin, then to see him interacting with my family under this roof is definitely one of my proudest moments thus far.”