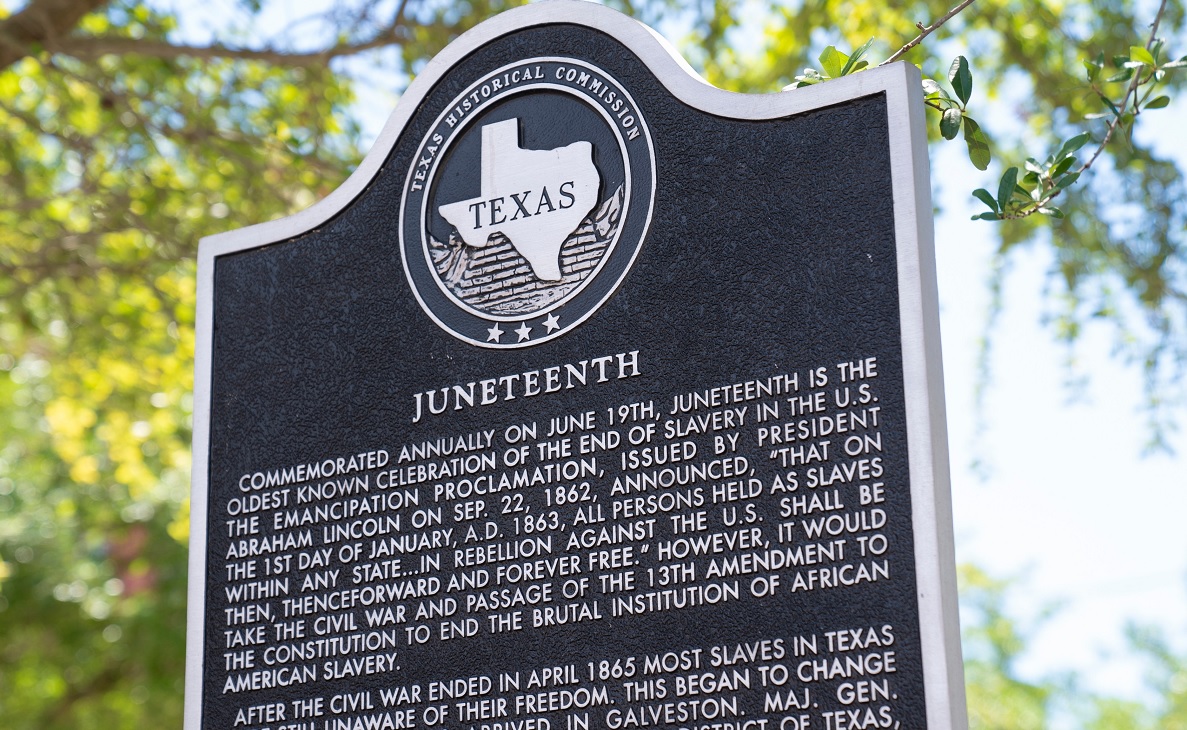 Even local history buffs who can reel off the names and some details about the likes of Laffite, Menard, Rosenberg, Moody, Johnson and even Dent might pass over John Rufus Gibson.

Sam Collins III argues Gibson has earned a spot on that list of the historically relevant and aims to raise his profile, along with those of other mostly forgotten Black men and women who made lasting contributions.

A Saturday lecture on the overlooked African-American leader will kick off a series of Black history events at The Bryan Museum, 1315 21st St., culminating the week of Juneteenth 2021.

“By then, hopefully Juneteenth will be designated as a national holiday,” said Collins, a member of the museum’s Delegados Advocate Board and the series’ first lecturer.

“This series will start off with a small speaker like myself, and by June, we could have a national audience,” Collins said.

Efforts to make Juneteenth a national holiday have ramped up in recent months as the Black Lives Matter movement has reignited around the country, raising interest in African-American heritage and history.

Juneteenth commemorates the day slaves in Galveston received belated word of the Emancipation Proclamation and their freedom after the Civil War had ended.

Spotlighting African Americans’ contributions to Galveston’s storied history is one of Collins’ passions, and one the museum is embracing this year as well, said Joan Marshall, director of The Bryan Museum.

“We all know Galveston has a fascinating history, but we think this series will uncover some hidden stories that are in plain sight and hopefully provide insight and inspiration to all of us,” Marshall said.

Gibson’s story is just one of those many hidden stories, the tale of a pioneer educator, civil rights activist and United States consul general to Liberia.

Gibson served as principal of Galveston’s Central High School, the first Black high school in Texas, for 50 years, from 1886 to 1936. Collins will illuminate his long career as an educator as well as his significant contributions to the community’s well-being, including during the 1900 Storm.

“There are still stories that need to be told about our history in this community,” Collins said. “I’m pleased that The Bryan Museum is open to telling a more complete story.”

Beyond enriching a view of history that is often male- and white-centric, expanding knowledge of American history to include more African-American stories also is a way to enhance heritage tourism and museum attendance at a place such as The Bryan Museum.

A recent study showed more donations have been given to cultural institutions in the name of racial equality and equity in the past eight months than in the nine years prior, Collins said.

On display at The Bryan Museum is Friendswood-based artist Ted Ellis’ iconic painting, “Free at Last,” a piece of art Marshall said the museum would love to see permanently located in Galveston and which Collins hopes will become a permanent draw for future Juneteenth visitors to the island and the museum.

A prolific painter of Black life in America who earned a Master of Arts degree in museum studies, Ellis said museums exist to find common ground among people and pose an important question: How do we use culture, objects, art and artifacts to better improve our livelihood and ourselves?

The painting “Free at Last” was inspired by a Juneteenth celebration Ellis attended in 2005 at Collins’ Hitchcock home, formerly Stringfellow Orchard.

“It encompasses the matriarch and the patriarch of the Black family, colored troops, family members on the front porch with the Emancipation Proclamation embedded on their home, a quilt being put together to tell the story, Frederick Douglass orating, an oak with roots running deep, drums to communicate from plantation to plantation and a figure representing father, son and holy spirit, his chains broken but his hand over his heart symbolizing both his persecution and hope that things will be better,” Ellis said.

In the background, the shape of the state of Texas is outlined against these figures.

Ellis hopes the painting sends a message of unification and hope.

“You get tired in the struggle, you do,” he said. “I know that life happens quick and fast, and I wonder why we can’t live life like a child before he or she recognizes biases based on race or color. That’s our utopia, and those are the challenges our forefathers were talking about.”

What: The Hidden History of African-American Texans

To view “Free at Last,” visit The Bryan Museum, open Wednesday through Sunday, 11 a.m. to 5 p.m. Masks are required.