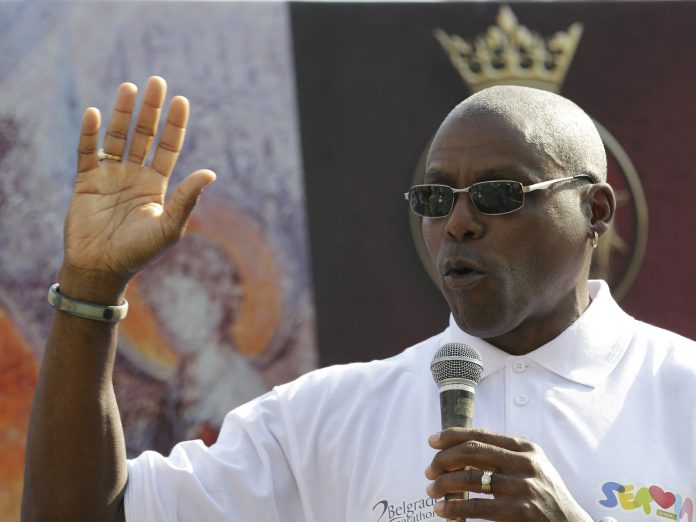 The global icon that he is, nine-time Olympic gold medalist Carl Lewis walks through his local grocery store in Third Ward and finds himself in debates with locals about where he grew up.

Some swear that the former University of Houston stand track star went to nearby Yates. Lewis has to remind them he is actually from New Jersey.

He has just been around so long and accomplished so much that he feels like he belongs to Houston. Truth be told, Lewis has felt that way for years , too, but this week he felt it was finally official when he was inducted as a member of the 2020 Houston Sports Hall of Fame class.

He joined Olympic gold medal gymnast Mary Lou Retton and former Rockets coaching legend Rudy Tomjanovich, who were all honored during a lavish ceremony at the Hilton Americas as part of the Houston Sports Awards on Tuesday.

Lewis first came to Houston a freshman track star under Cougars coach Tom Tellez in 1979. That was the beginning of building a career that has been one for the record books. Lewis burst onto the world stage during the 1984 Olympic Games in Los Angeles when he tied Jesse Owens by taking home four Olympic gold medals. He went on to win five more gold medals during the 1988, 1992 and 1996 Olympics.

Dubbed the Olympian of the Century by Sports Illustrated, Lewis is one of three athletes to win gold in the same event four straight Olympics, winning the long jump in 1984, 1988, 1992 and 1996.

These days, the 58-year-old Lewis spends much of his time working as an assistant track and field coach at UH and traveling the world as a revered Olympian. But he seems to appreciate most being an embraced member of this community.

“I know for a fact if I hadn’t come here with Coach Tellez and to this community then I wouldn’t be who I am today,” said Lewis, who is now a grandfather. “So I kind of look at it that way as this is kind of the completion of me being a Houstonian.

“Everything I did after high school really was here. I moved here, went to college here, I bought my first car here, had my first apartment here and then my whole Olympic career was here and now I’m back coaching here.”

4 – The number of Olympic Games Lewis participated in and the number of medals he won during his first Olympics in 1984.

1980 – Lewis actually made the Olympic team as an 18-year-old in 1980 – the youngest on the team – but he did not compete because the U.S. boycotted the Moscow Games that year.

A Goal In Mind

Lewis may be done competing in track and field but he is still pushing himself. He has set as a goal to bench press 300 pounds on his 60th birthday on July 1, 2021. “I have something that I need to do, want to do so I’m going to go after it,” he said.