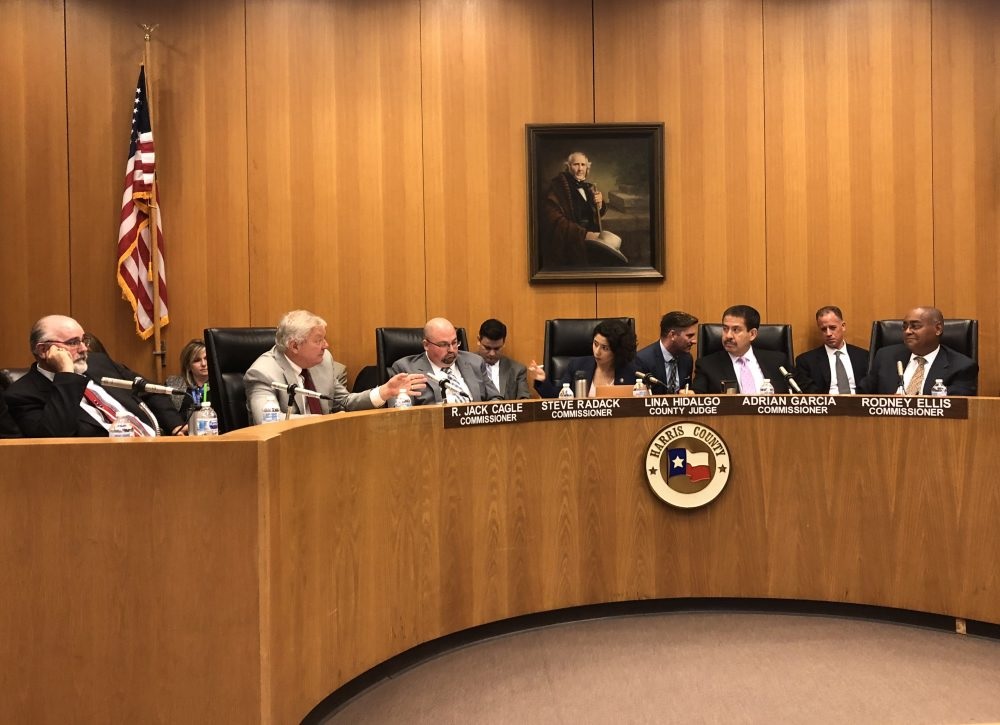 Harris County property owners will likely see some relief on their taxes, after the county commissioners court on Tuesday proposed its first tax rate cut in at least 10 years.

The tax rate for Harris County property owners could drop by 1.3 cents per $100 of assessed value if the cut proposed by Commissioner Adrian Garcia, a Democrat, passes.

“The pandemic has just been a crazy thing for all of us,” Garcia said. “And so I really wanted to make sure that we don’t give any more uncertainty or chaos than is necessary as we work to govern.”

The motion was seconded by Harris County Commissioner Jack Cagle, a Republican.

Last year, Democratic commissioners proposed an across-the-board 8% tax rate increase, for use in a county rainy day fund to offset future economic downturns or natural disasters. The move came after Gov. Greg Abbott signed into law Senate Bill 2, which capped the rate of annual property tax growth across the state of Texas at 3.5%.

But the court’s two Republican commissioners blocked the tax hike by absenting themselves from commissioners court the day of the vote, denying the Democrats a quorum.

The unanimous vote on this year’s proposal makes a similar move unlikely.

The proposed rate decrease includes cuts to the general fund and Port of Houston. That offsets slight increases in funding to the hospital district and the flood control district.

The court must now hold a public hearing, set for October 20, before taking a final vote on October 27.