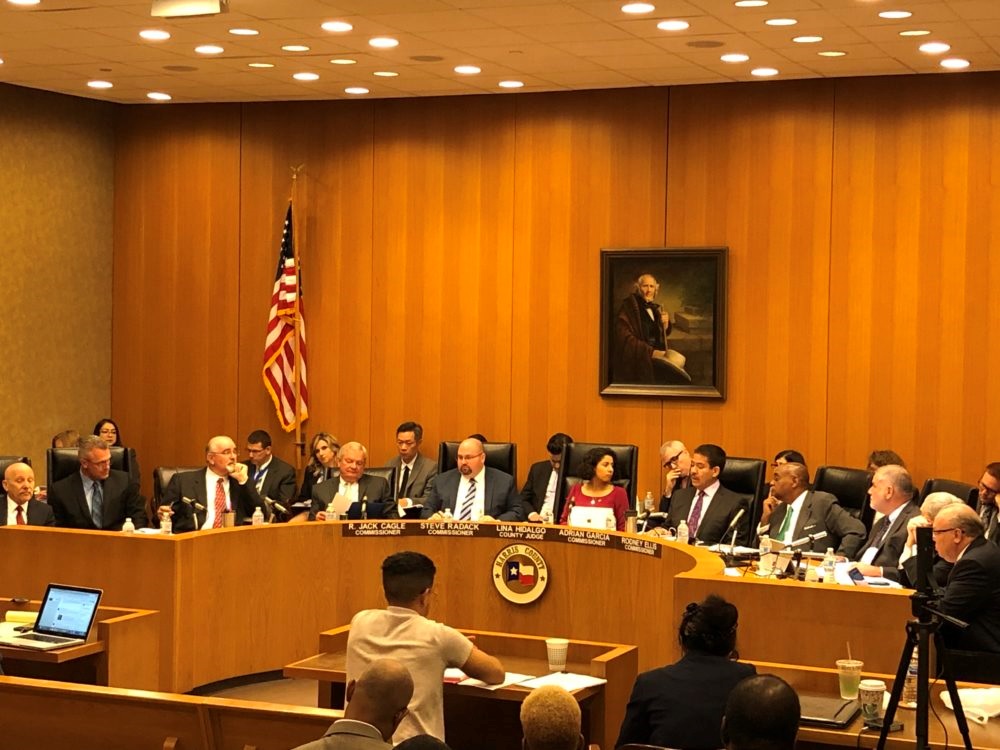 The item ordered the Justice Administration Department to study creating a civilian oversight board to review allegations of the use of force by police.

The item passed 4-1, with only Commissioner Steve Radack voting no.

The other items that passed were:

“Reforming law enforcement practices and holding police accountable for these killings are important,” Commissioner Ellis said. “But the killings of George Floyd, Breonna Taylor, and other victims are not simply due to rogue police violence. The destruction of these lives is a symptom of the much larger and widespread disease of systematic over criminalization, mass incarceration, racism, and oppression in our American system that needlessly and continuously destroys countless Black and Brown lives.”

“An independent board with subpoena power provides the public with assurances that the decisions being made are just. The county will study whether we can establish an independent board that can investigate, has teeth, independent funds and can make recommendations that have weight,” Commissioner Ellis said.

“We are calling for a comprehensive examination of our budget priorities, and what we can do to most effectively use the people’s resources to uplift our communities and make them safer while eliminating and divesting from structures that criminalize people based on their class, race or health,” Commissioner Ellis said. “By redistributing funds toward community resources, we can begin to build a better quality of life for communities of color and find better solutions than a punitive criminal justice system.”

“Putting people in jail doesn’t make us safer,” Commissioner said. “Research shows there is no link between higher incarceration and reduction in violent crime. When Texas reduced its incarceration rate, the crime rate also went down. When we lock people up, we hurt people of color the most. Black people make up 12% of our state population but 33% of our prison inmates.”

While most measures passed unanimously, there was one more notable exception: a resolution in memory of George Floyd.