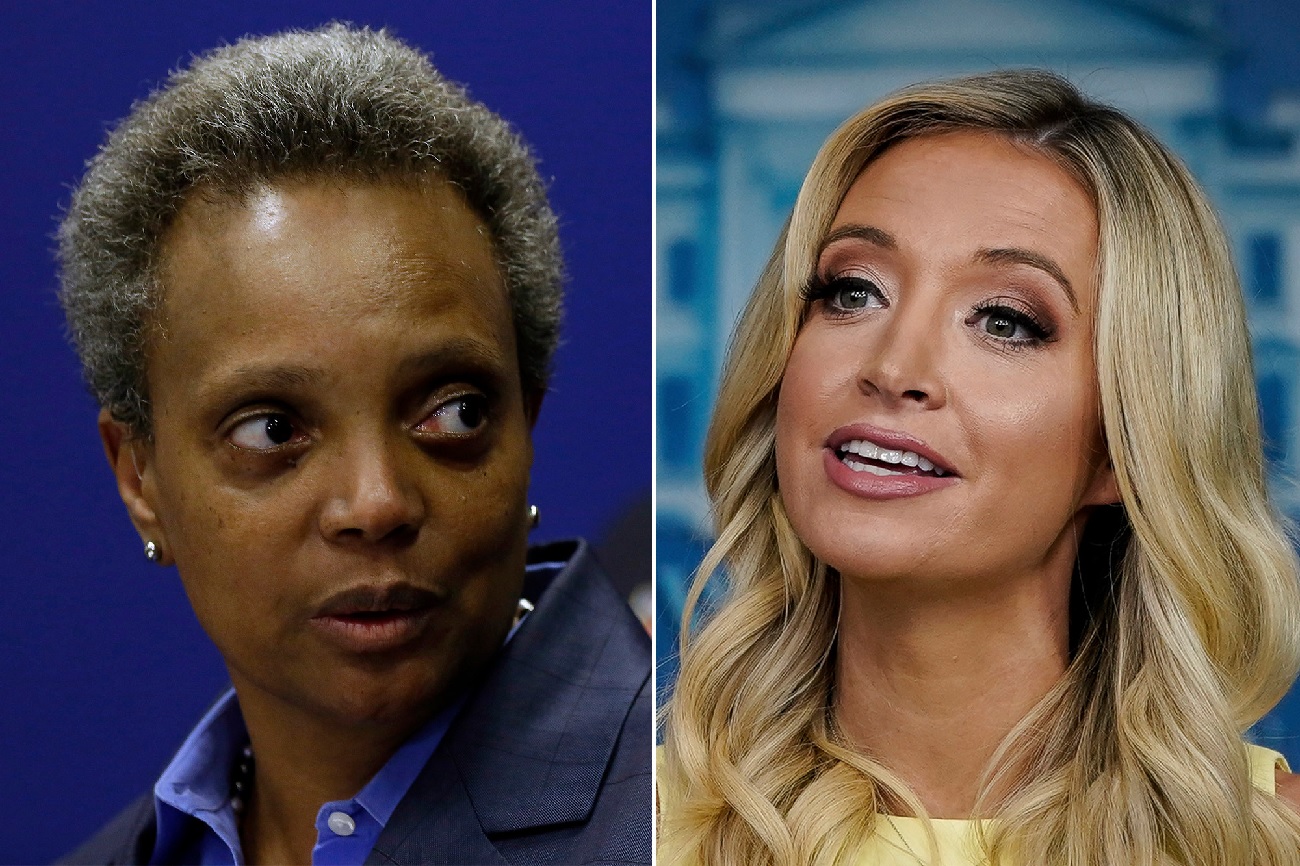 Kayleigh McEnany is no friend of the media, even though she is the White House Press Secretary and a former political pundit. McEnany is the mouthpiece of President Donald Trump, and she is good at her job which is spinning truths to fit her boss’ narratives.

In a news briefing on Thursday, McEnany referred to Lori Lightfoot as “the derelict mayor of Chicago,” all while accusing her of not doing enough to solve the problem of gun violence in her city.

McEnany’s comment was in response to being asked about President Trump’s focus on the coronavirus pandemic. She replied that the President is “focusing on a lot,” including gun violence in Chicago.

“But there are other things the President has to focus on: namely, Democrat cities not controlling their streets; namely, the mayor of Chicago—people dying in her—in her—on the streets of her city every weekend. And the President sent her a letter saying, ‘You must secure your city.’”

McEnany continued her rant when asked about the President’s recent statement that more white people are killed by police than Black people.

“And the derelict mayor of Chicago should step up and ask for federal help because she’s doing a very poor job at securing her streets,” she barked.

Neither answer was a direct response to the questions that were asked.

According to the Merriam-Webster dictionary in this sense, “derelict” was being used to mean “shamefully negligent in not having done what one should have done.”

Responses to Lightfoot’s tweet were equally positive and negative. One detractor wrote, “Hey Lori..32 dead kids under 13. Maybe you should watch your streets more and twitter less.”

While one supporter tweeted that Lightfoot has only been mayor for just over a year and that the problem of violence in America’s third-largest city preceded her by decades.

A tracker operated by the Chicago Tribune reports that 1,901 people have been injured or killed in shootings so far this year, 550 more than had occurred at the same point in 2019.

In an interview with MSNBC earlier this week, Lightfoot pinned blame for the violence on Trump, pointing to “too many illegal guns on our street,” which she said was the “direct result of a failure of federal leadership.”

“Which is why we need change in November and we need the kind of leadership that Joe Biden is going to bring to our country,” the mayor added in the Tuesday interview, referring to the presumptive Democratic nominee for president.

-The Griot contributed to this story