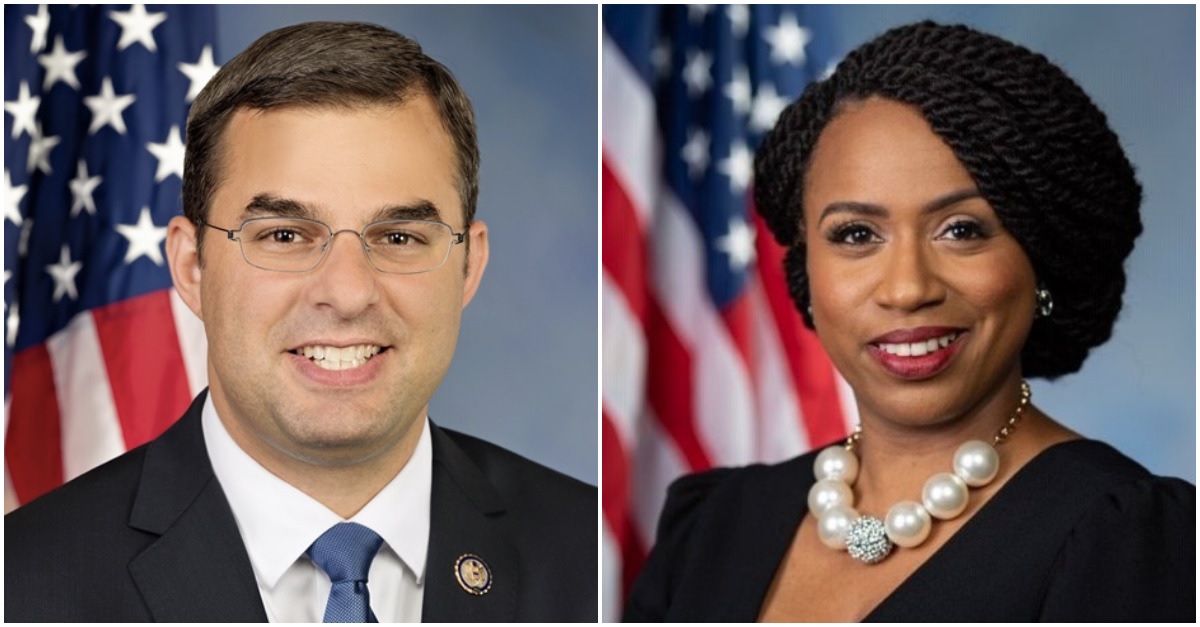 Former Republican Rep. Justin Amash (L-Mich.) and progressive Rep. Ayanna Pressley (D-Mass.) have joined forces to introduce a bill in the House of Representatives that would eliminate the controversial doctrine of qualified immunity for police officers.

“As part of the Civil Rights Act of 1871, Congress allowed individuals to sue state and local officials, including police officers, who violate their rights,” a joint letter released by both representatives late Wednesday notes. “Starting in 1967, the Supreme Court began gutting that law by inventing the doctrine of qualified immunity.”

The original Civil Rights Act provided such redress via the federal statute now codified at 42 U.S.C. §1983 known as a “civil action for deprivation of rights.” Initially passed as a court-based enforcement mechanism for provisions of the 14th Amendment, the statute was rarely subject to judicial scrutiny until the 1950s and 1960s.

In the case of Pierson v. Ray, the Supreme Court used the backdrop of the Civil Rights Movement to severely limit 1983’s applicability.

Fifteen black and white Episcopal clergy attempted to desegregate “White Only” bus terminals in Jackson, Mississippi. and were arrested for breach of the peace and for refusing “to move on when ordered to do so by a police officer.” The protestors ultimately beat those charges and later sued the cops and the trial judge under 1983, alleging they were falsely arrested and imprisoned.

In an 8-1 decision, the doctrine of qualified immunity was created by “activist” judges on the typically liberal “Earl Warren Court.” Since then, the doctrine has grown and been embellished by subsequent court decisions which make it exceedingly difficult for plaintiffs to even bring police officers to trial for alleged constitutional violations.

“Under qualified immunity, police are immune from liability unless the person whose rights they violated can show that there is a previous case in the same jurisdiction, involving the exact same facts, in which a court deemed the actions to be a constitutional violation,” Amash and Pressley said. “This rule has sharply narrowed the situations in which police can be held liable–even for truly heinous rights violations–and it creates a disincentive to bringing cases in the first place.”

The modern version of the doctrine holds:

Qualified immunity shields federal and state officials from money damages unless a plaintiff pleads facts showing (1) that the official violated a statutory or constitutional right, and (2) that the right was “clearly established” at the time of the challenged conduct.

The representatives’ dear colleague letter–circulated in the hopes of drumming up bipartisan support for the bill—went on to note the limitations those judge-created rules pose for potential victims of rights violations at the hands of police.

“If a plaintiff knows there is no prior case that is identical to theirs, they may decline to even file a lawsuit because they are very unlikely to win,” they said. “Even if a plaintiff does file a case, a judge may dismiss it on qualified immunity grounds and decline to decide whether the plaintiff’s rights were violated, meaning the constitutional precedent still isn’t established and so the next plaintiff still can’t recover.”

The proposed bill would expressly add language to federal Civil Rights law that says the Supreme Court’s prior rulings and language regarding qualified immunity are no defense to liability.

“Qualified immunity was created by the Supreme Court in contravention of the text of the statute and the intent of Congress,” the letter said. “It is time to correct their mistake.”

The libertarian community has long opposed qualified immunity for police. Pressley, just elected in 2018, ran on a change-based platform that embraced Colin Kaepernick‘s longstanding protest against police brutality and racism.

Qualified immunity is the cornerstone of America’s near-zero accountability policy for law enforcement. It is an illegitimate, judge-made legal doctrine that has systematically undermined our right to be free from the illegitimate use of force by government agents and that helped set the stage for the brutalization of George Floyd and countless others, particularly in communities of color. We applaud the legislative efforts of the numerous members of Congress – in both the House and the Senate – who have stepped forward to right this historical wrong and create a culture of genuine accountability for police, prosecutors, and other public officials.

“It is necessary that we are disruptive right now and making people uncomfortable,” Pressley said. “Again, the issue of police brutality and disproportionate brutality and murder of black men — this strikes at the soul and consciousness of this country. And this should be of consequence and concern to everyone.”

The Minneapolis police killing of Floyd has crystallized left and libertarian grievances against the state of American policing. And the legislators cite the importance of the current moment for their cause to reform the institution.

“The brutal killing of George Floyd by Minneapolis police is merely the latest in a long line of incidents of egregious police misconduct,” Pressley and Amash wrote. “This pattern continues because police are legally, politically, and culturally insulated from consequences for violating the rights of the people whom they have sworn to serve. That must change so that these incidents of brutality stop happening. Until then, we must ensure that those whose rights are violated by police aren’t forced to suffer the added injustice of being denied their day in court.”