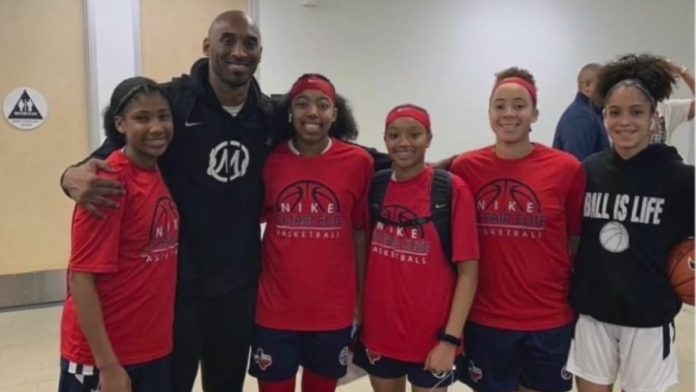 Kobe Bryant’s name was known worldwide, while his daughter’s mission was to carry on his basketball legacy. Kobe designed a basketball tournament to help kids who were excited about the game he loved so much. Two of those teens that participated are from the Houston area.

We caught up with the girls when their flight landed at Hobby Airport. They tell FOX 26 that it was an exciting experience because they were getting to meet a player they looked up to, and respected.

“I was shocked because I just saw them yesterday, and like I didn’t believe it at first,” says Aniah Alexis of Waller Middle School.

Justice and Aniah tell FOX 26 it was an honor to play in the Mamba Cup, a tournament designed by Kobe Bryant, over the weekend, and play against his daughter Gianna. Justice’s mother gave us video, which shows Gianna playing against her daughter’s team. The girls also got a chance to pose for photos with the basketball legend.

“He was really, like open-hearted, and he was nice, and he welcomed us,” says Aniah.

The two teens were among many young athletes at the event on Sunday when news broke of the helicopter crash that killed Bryant, Gianna, two other girls playing in the tournament, and five adults on board. Justice recounts the moment the news hit the court.

“Everybody was busting out into tears, and then everybody went to the middle and prayed about it,” she said.

Kacy Carlton is Justice’s mother. She was in the stands cheering on her daughter’s team.

“As a parent, you think about, like the last moments, and what that was like for him to have to experience that with his child, and the other parents there as well. Just think at some point they had to know that you know that was it,” Carlton said.

The rest of the games were canceled for the tournament. The girls tell us that their passion for the game is that much stronger.

“His legacy it shouldn’t die, it should keep going, and people should just respect him and his daughter,” says Aniah.