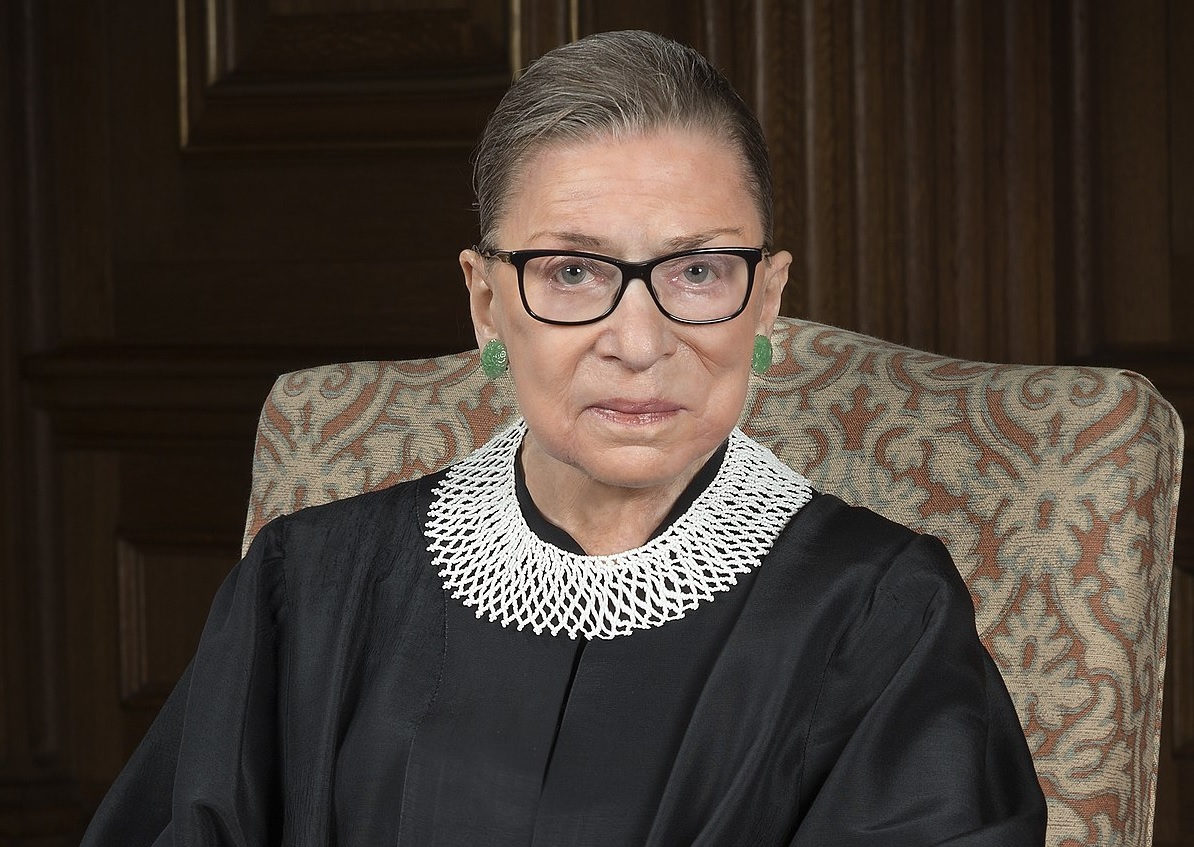 The jolt of U.S. Supreme Court Justice Ruth Bader Ginsburg’s death — and of the vacancy she left behind — was so fully felt across Texas this weekend that even the state’s most hardened political players conceded they didn’t have a handle on the implications.

What they do expect: an apocalyptic fight in the U.S. Senate over filling the Supreme Court seat, regardless of the timeline for when a new justice might be confirmed. And both Texas Republicans and Democrats anticipate surges in fundraising, further polarizing an already heated 2020 election season. Already, dominant Democratic fundraising platform ActBlue said it had raised a staggering $100 million by midday Sunday.

“It’s a big deal and will impact voters in a real way. It may even move soft Trump supporters or non-Trump supporters to vote for him,” GOP consultant Brendan Steinhauser told The Texas Tribune. “And I expect it to cause Dems to really turn out.”

“It’s going to be a battle royale,” he added.

The battle to replace Justice Ginsburg will have historic effects on the national political and legislative landscape, including on the question of access to abortion.

It also is apt to shape Republican Texas U.S. Sen. John Cornyn’s bid for a fourth term this November. And while it may not be immediately intuitive, the national political conflict is also influencing Texas House races on voters’ ballots. These forces are all colliding during what already had the potential to be a generational turning point in Texas politics.

Ginsburg died Friday due to complications from pancreatic cancer. A day later, President Donald Trump said he would announce his nominee — who will be a woman — this week. Both of the state’s senators, Cornyn and Ted Cruz, are expected to support the nominee. But in 2016, both Republican men supported waiting until after that year’s presidential election to hold hearings for a nominee to replace Justice Antonin Scalia, who died more than eight months before the election. Cornyn said at the time that his position was partially predicated on the fact that Democratic President Barack Obama was about to be term-limited and Republicans had recently taken control of the chamber.

Republicans in Texas and across the country are perhaps closer than they’ve ever been to realizing what many in the party consider the holy grail of their political goals. The ideological balance of the high court, already tilted in favor of the conservative justices, is in play just six weeks before the Nov. 3 general election. At the same time, Texas Democrats find themselves facing both their most hopeful moment for significant power in state government — and the most consequential threat to issues they’ve championed like civil rights and abortion access. 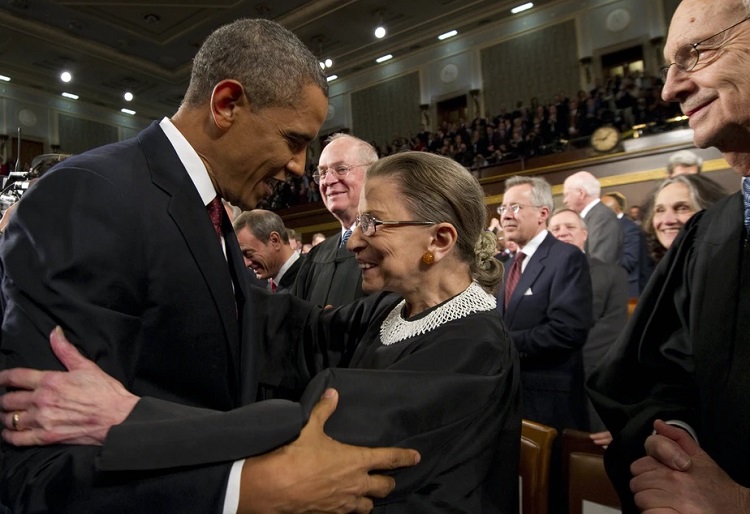 Ginsburg’s death may also have major implications for a Texas-led lawsuit to overturn the Affordable Care Act, set for oral arguments on Nov. 10. The justice had been on the side of the majority several times when the high court upheld the law against past challenges. Supporters of Obama’s landmark health care law had pinned their hopes on Chief Justice John Roberts joining the court’s four liberal members to uphold it again.

And immigration policy remains an area ripe for legal review, including a significant case out of Texas that could affect the fates of 700,000 young people who face deportation. Restricting immigration, both illegal and legal, has been a major focus of the Trump administration.

“Without her [Ginsburg’s] legal scholarship, her analysis, her passion, her empathies, she’s going to be missed if she’s replaced by someone that will simply be picked to rubber stamp whatever next crazy thing the Trump administration does,” said Charles Foster, chairman of Foster Global, the largest immigration law firm in the state, and former policy adviser to former Presidents George W. Bush and Obama.

The spectrum of watershed Supreme Court cases that began in Texas is expansive. Over recent decades, the U.S. Supreme Court has heard Texas-based cases addressing discrimination, voter identification, redistricting, college admissions and immigration policy. The landmark Supreme Court decision that banned states from criminalizing homosexuality came from litigation over a Texas law. But the most divisive, by far, was 1973’s Roe V. Wade.

“If anyone wasn’t paying attention before, they need to be now,” said Royce Brooks, the executive director of Annie’s List, an organization that works to help Democratic women candidates who support abortion rights.

That 1973 Supreme Court decision overturned a Texas law criminalizing abortions except by a doctor’s orders to save a woman’s life, finding that the 14th Amendment constitutionally guaranteed a woman’s right to privacy. As a result, it legalized abortion throughout the country. Among many Republicans, installing a conservative justice — even so late in Trump’s first term and so close to the election — would be seen as key to overturning the decision, which many in the GOP have long considered the loftiest of goals.

Republican legislators in Texas and elsewhere have, in the decades since Roe v. Wade, drafted and passed numerous state laws in an attempt to provide an opportunity for the high court to chip away at —or undo — the rights protected by the court’s decision.

“Justice Ginsburg’s passing gives President Trump a historic opportunity to establish a majority on the Supreme Court who do not imagine a penumbra or right to abortion in the Constitution,” statewide anti-abortion group Texas Right to Life said in a Friday statement.

If a Trump nominee is confirmed, Democrats see a foothold in the state government as the only way to protect abortion access and many of the other rights in Texas that the Supreme Court protected. They head into the November election just nine seats away from taking control of the Texas House.

Democrats lost control of the Texas House to the Republicans during the 2002 midterm elections. The GOP has controlled every branch of state government — and every statewide elected office — since. The Texas Senate is firmly held by Republicans and led by Lt. Gov. Dan Patrick, who has long pushed hardline conservative legislation and is Trump’s campaign chairman in Texas.

The thinking among many Texas Democratic leaders is that the most effective way to push back on a conservative Supreme Court is to win the state’s lower chamber and block legislation they feel would spark litigation the state has seen land before the Supreme Court in recent years. As a result, many Texas Democrats spent the weekend renewing their focus on winning House races.

“The best way to ensure that Texas doesn’t pass the state law that ends up allowing the Court to overturn Roe is to elect a Democratic majority and a Democratic speaker to the Texas House in November,” Brooks said.

During the 2018 midterm elections, Cruz won reelection by just 3 points over Democratic former U.S. Rep. Beto O’Rourke in what was a tighter race than Republicans had seen in years — a trend that played out up and down the ballot. Democrats also flipped two seats in the U.S. House, picked up 12 districts in the Texas House and won a majority on four state appeals courts.

Building on those wins, a crush of state House and U.S. House candidates are blitzing the state with sophisticated campaigns this year. Texas is now home to an unusually large number of congressional battlegrounds. Democrats are targeting 10 seats held by Republicans this year. Republicans are working to flip two. And in a sign of retrenchment, the National Republican Congressional Committee has canceled about $2 million worth of advertising it had reserved for campaigning in the Houston television market.

Moreover, Biden offers up a curious dynamic for the modern Texas Democratic Party: Given how consistently he is outperforming past Democratic contenders in Texas polls, Biden has the potential to lift Democrats running down-ballot campaigns in legislative and congressional districts throughout the state enough to beat their Republican opponents even if he doesn’t win Texas.

But because Ginsburg’s death means Republicans are now on the cusp of securing a third Supreme Court appointment in four years, GOP donors and voters could suddenly become more energized.

“Unlike President Trump’s previous nominees, Justices Neil Gorsuch and Brett Kavanaugh, who shared some ideological similarities with their predecessors, a Trump appointee for Ginsburg’s seat would significantly shift the direction of the court,” Texas Right to Life said in its Friday statement.