We know you’ve been hearing a lot about filling out your Census information, but in the midst of a worldwide pandemic, it’s hard to put energy into filling out a form, whether by hand or by logging online to complete all of that information.

I’m here to tell you, there is a direct connection between the coronavirus and the Census and your participation can make all the difference. From the under-resourced or non-existent hospitals in our communities to food deserts to the thousands of Black people who don’t even have homes to shelter in, Black communities were left out of emergency preparations before the emergency even began. And this isn’t the first time.

Crises tend to highlight the ways our government has neglected Black people. In 2005 when Hurricane Katrina hit, no one was nervous about disappointing Black people. Color of Change was founded in that moment, to harness the power of people using the internet to hold the powerful accountable to Black people after the crises.

In 2005 and today, the inequities experienced by our communities are not poor unfortunate circumstances; they’re manufactured injustice. The people who put our communities in harm’s way are working hard to make sure we are not seen, counted or heard, because of the benefit, politically and financially from our erasure. Today if we want our communities to withstand the coronavirus pandemic, we all need to join the fight. Getting counted in the U.S. Census is one powerful way to boost our influence and strengthen our organizing ability.

Last week was Black Census Week and dozens of organizations and celebrities like John Legend and Cardi B shared why the census matters to them and for our communities. Now it’s up to all of us to keep the momentum going. Getting through this crisis means using our numbers to build power and demand the help we deserve. Here are several ways you can use the U.S. Census to be a part of the action.

NYC! Proud to work with NYC Census & @julmenin to get the word out and make sure we get our city’s fair share. Don’t let this virus distract you from the fact that this census is IMPORTANT, now more than ever, to getting the resources we NEED in our communities. Fill out the census at – 2020census.gov or call 844-330-2020 to fill out the census. IT ONLY TAKES 10 MINUTES Thank You ❤️

Take action on the issues that matter:

Wednesday, April 1 is National Census Day, so this week, you can join Color of Change and BET as we focus on defending our democracy with a couple of key projects that Black people are leading:

Coronavirus This Week in Black Communities:

This week the pandemic is going to hit home especially on Wednesday when the first of the month bills are due for the record-shattering 3.3 million people who filed for unemployment last week. In New York City, where more than 2 million people (24 percent) are Black, the number of infections is expected to double every three days. In Milwaukee, Black men make up the majority of coronavirus cases. And Louisiana, which is 32 percent Black, now has the fastest rate of coronavirus infections in the world.

As we struggle to pay the bills, keep sane and stay healthy, it might be hard to think about the census, but even our knowledge of the density of Black people in a given place — like New York City, Milwaukee or Louisiana — comes from this data. While we’re using this information to understand the impact of coronavirus on our communities, we also know that this data is incomplete and may understate how many of us are truly at risk. Independent research shows that more than 800,000 Black people were missed in the 2010 Census, resulting in elected officials and corporations neglecting to protect Black communities from emergencies like this pandemic.

According to the 2010 census, there are 261,123 Black people in Nevada. When Governor Steve Sisolak says there aren’t enough ventilators to battle coronavirus, the federal government will allocate resources like ventilators and protective equipment based on those census numbers. When calculating the $1,200 payment that Congress has decided to give to most Americans as part of the stimulus package, census numbers were used to determine the number of people who would need funds. Even the location of hospitals and supermarkets are typically based on population density, which comes from Census data.

Not sure how much you’re family should receive? Calculate your stimulus package here. While the amount you receive will be based on your 2018 taxes, the original count of people impacted came from the census.

In fact, in 2010, the Census Bureau estimated that it undercounted 2.1 percent of the Black population in our country. That’s the largest percentage of any race and it means our communities already have at least 2.2 percent fewer resources than we’ll need to withstand this pandemic.

As we fight for what Black people need now, we’re also in a special moment when we can reclaim our power to be fully counted by filling out the 2020 Census. Unlike in 2010, we have more ways to get ourselves counted, without having to wait — or hope — for a census taker to knock on our doors.

Especially lucky for us in this moment of social distancing, this is the first year we can fill out the Census online. Our numbers matter and we are in a much better position to exercise our power as a community. If there’s going to be another disaster like this, it doesn’t have to be a crisis. 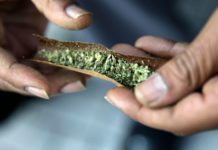 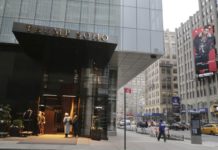 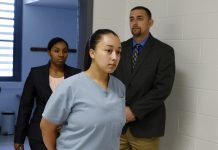 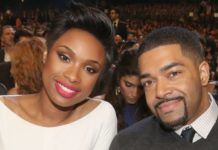 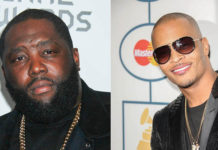