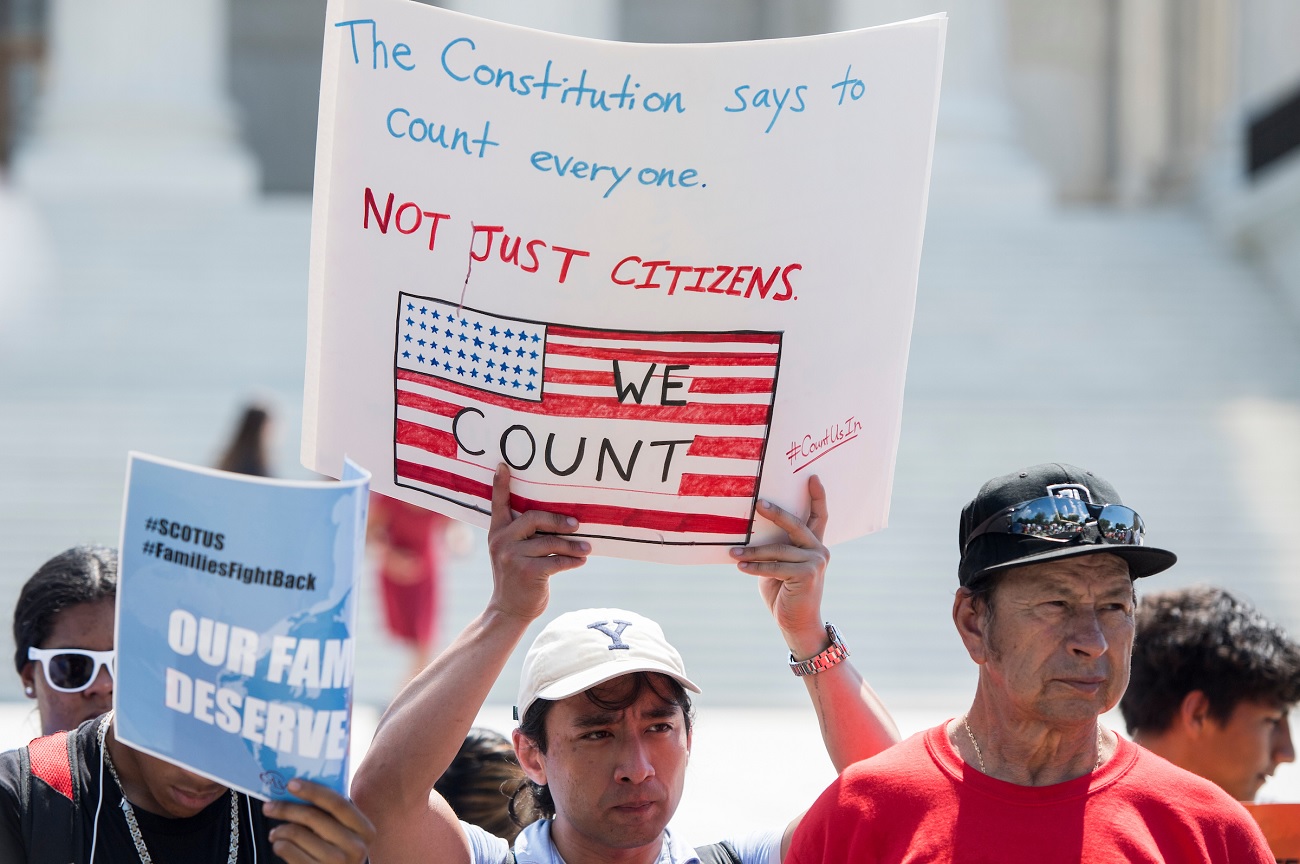 In response to the Trump Administration’s racist memorandum excluding undocumented immigrants from the Census 2020 count, Lawyers for Civil Rights filed a federal lawsuit calling for the memorandum to be permanently enjoined as a violation of longstanding constitutional and federal law. The lawsuit was filed on behalf of Haitian-Americans United (HAU), the Brazilian Worker Center, the Chelsea Collaborative, and Centro Presente, four immigrants’ rights organizations representing and providing much-needed community services to undocumented people and their families.

Undocumented immigrants are now and have always been persons as a matter of fact, law, and basic human decency. Nevertheless, the Trump Administration has continued to weaponize the census.

In a July 21, 2020 presidential memorandum, the Trump Administration declared that it would seek the exclusion of undocumented immigrants from the congressional apportionment base, the population count used to determine the number of representatives allocated to each state. That number is also used to determine the allocation of approximately $1.5 trillion to the states in federal funding for over 100 census-linked programs supporting everything from low-income energy assistance and Medicaid to highway planning and construction and crime victim assistance.

“We have spent countless hours and dollars encouraging our community members to complete Census 2020,” said Pastor Dieufort J. Fleurissaint, Chair of the Board of Directors for Haitian-Americans United. “With a stroke of a pen, the Trump Administration has undermined all of our efforts in a racist attempt to prevent our communities from receiving the representation and resources they need and deserve. This cannot stand,” added Pastor Fleurissaint.

“As the Trump Administration continues to terrify and target immigrant communities, there can only be one explanation for its actions: discrimination,” said Dr. Natalicia Tracy, Executive Director of the Brazilian Worker Center. “We refuse to remain in the shadows. Our immigrant communities—documented and undocumented—will stand up for their right to be counted and against policies that violate our constitution and fundamental human rights,” added Dr. Tracy.

“The July 21 Memorandum strikes at the core of our organizational mission,” said Gladys Vega, Executive Director of the Chelsea Collaborative. “Chelsea is already reeling from the effects of COVID-19. Our city needs more, not less, federal financial assistance. If our communities are chilled from responding to Census 2020, we will not receive the resources we need to recover from this deadly pandemic and future crises,” added Ms. Vega.

“There is no doubt the July 21 Memorandum will greatly decrease the likelihood our immigrant communities will respond to Census 2020,” said Patricia Montes, Executive Director of Centro Presente. “We have already heard from immigrant families who see no reason to fill out the census when the Trump Administration has publicly declared that they do not count. We need federal court intervention immediately to ensure a complete and accurate count in East Boston and across Massachusetts,” added Ms. Montes.

“The July 21 Memorandum is patently illegal. The fourth sentence of the Constitution makes clear that the decennial census is intended to count and include all persons, not just all citizens,” said Lauren Sampson, Staff Attorney at Lawyers for Civil Rights. “The July 21 Memorandum is unconstitutional on its face and we call upon the federal court to act immediately to enjoin the memorandum and prevent any compliance thereto by this Administration,” added Attorney Sampson.

The case filed in the U.S. District Court for the District of Massachusetts is Haitian-Americans United, et al. v. Trump, et al., Case No. 20-11421.

The complaint is attached and available here.