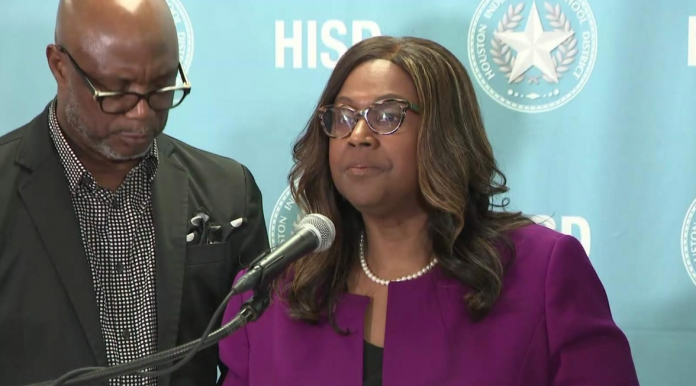 Word of these measures came after Lathan and other HISD officials met with students at Bellaire High School.

Cesar Cortez, 19, was shot and killed Jan. 14 at the campus, officials said. A fellow 16-year-old student is accused of shooting Cortez.

“I understand that this is scary. I’m a parent, my child attended this school,” Lathan said.

In addition to metal detectors, HISD is also considering whether to institute a “clear backpack” policy. Lathan said she has also ordered every campuses safety committee to reconvene, review all policies and procedures and report back to HISD headquarters by end of month.

“Procedures that they have to review are before school, entrances, lunch and after-school protocols,” Lathan said.

Lathan said in addition to meeting with student leaders at Bellaire, she will meet with campus leaders at all 45 high schools. Bishop James Dixon with Community of Faith applauded the district’s work to seek and include both student and parent input in improving campus safety.

“The best thing possible to keep a campus safe are what the students do,” Dixon said. “The students at this school, like other campuses, are intellectually engaged, emotionally engaged and what to be physically involved.”

Lathan said the district will soon announce a platform for parents to give their input and suggestions.

HISD police Chief Paul Cordova also called on parents to do their part in helping keep guns off campus.

“The overwhelming majority of the guns that we’re finding are coming on campus, we’re finding originated in the home,” Cordova said.

Another area Lathan said needs improvement is that of creating environments where students feel comfortable reporting potential problems. Lathan said a culture of reporting can vary from campus-to-campus and from community-to-community.