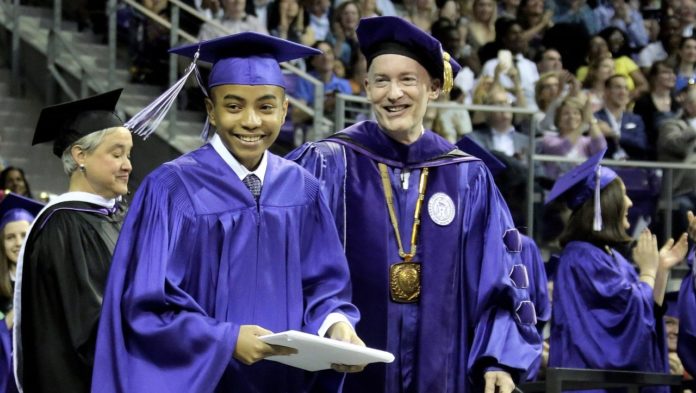 On Saturday, some 2,000 students received their undergraduate, graduate or doctorate degrees from Chancellor Victor J. Boschini Jr. during three ceremonies at Texas Christian University. Carson Huey-You was one of them, officially becoming the youngest person to ever receive a bachelor’s degree at the school as he walked across the stage at age 14.

But despite his latest accomplishment—after first drawing attention in 2013 when he entered TCU’s freshman class at the tender age of 11—Carson insists that he’s just a normal guy, though some would consider him a genius, or even a celebrity.

“It is just something I have learned to deal with because, to me, I am not a genius. I am a normal 14-year-old person doing college-level stuff,” Carson told the Star-Telegram.

A normal 14-year-old who has a physics degree and minored in math and Chinese.

That being said, just because Carson is smart doesn’t mean that college was a breeze for him.

“I’ve had to deal with some really hard classes,” the 14-year-old told the news site, recalling how he initially thought classes were easy before getting a quick change in perspective. His three hardest classes were American environmental history, general chemistry II and classical mechanics.

“When I used to get bad test scores or something like that, I would go home and be disappointed and think about, ‘Oh, I should have known this, I should have done way better,’” he said.

But he has definitely grown up a bit over the past few years, adding, “I know better how to deal with that disappointment, knowing that I will bounce back.”

Throughout his undergraduate career, Carson had the support of C. Magnus L. Rittby, the senior associate dean for administration and graduate programs at TCU’s College of Science and Engineering. Rittby acted as Carson’s mentor, making sure that he was growing as a whole person.

“No one wants to be labeled with that term [genius], and it isn’t healthy,” Rittby said. “It’s natural that we associate that word, but it takes away from the whole person. He’s not just a mind that does physics. He does all this other stuff—plays the piano, [speaks] Chinese.”

Carson also likes to read The Lord of the Rings and The Chronicles of Narnia. He likes chess and checkers and Minecraft.

He just also really loves science and plans to get a master’s degree in quantum mechanics and then deal with his doctorate later on. He would like to teach and test out some of his ideas, he told the Star-Telegram.

“Quantum mechanics deals with very, very small-scale things,” he said. “Even, a lot of the times, past microscopic level so you get electrons, protons, neutrons—even smaller than that going into quarks.

“Smartphones, computers, electronics—all of that stuff runs on quantum mechanics,” he added.“If you want smaller technology that fits into smaller spaces, then that’s really where to look.”

Carson’s younger brother, Cannan, who is 11, is the next in the family to make the news: He is set to take classes in the fall at TCU, where he plans to do a double major: one in engineering and one in physics and astronomy.

The brothers are close and often can be heard chatting at night, according to their mother, Claretta Kimp. She hopes that Carson can become a selfless person as he grows up and that he will be able to give something back to society, the newspaper reports.

And Carson has one message for other 14-year-olds who may be pursuing their own passions at such a young age.

“Try to stay focused on what you are doing,” he said. “Even if it seems really, really challenging and hard to get through, stay with it.” 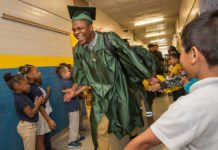 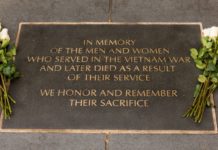 Four Northern Texas veterans to be inducted into ‘In Memory Program’ 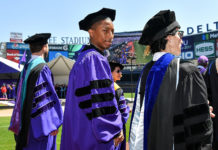