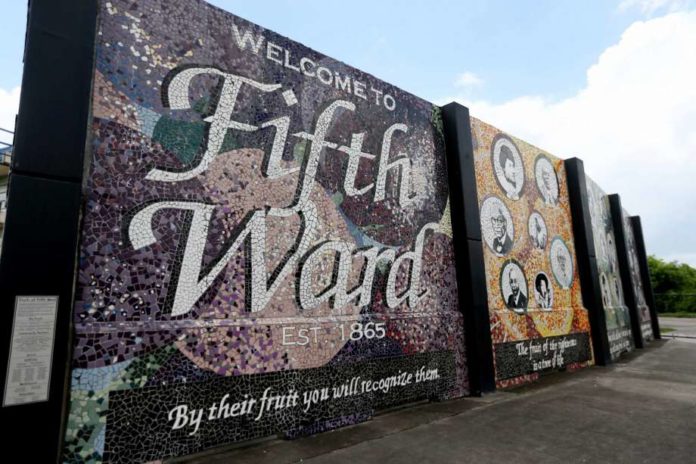 Calling it an intrusion on their “quality of life,” Fifth ward residents and elected officials raised concerns about a proposed concrete batch plant in their neighborhood during a public hearing with members of the Texas Commission on Environmental Quality (TCEQ). The TCEQ has the power to allow or prevent construction.

A concrete batching plant is a facility where the ingredients of concrete are blended. According to the Environmental Protection Agency, poorly controlled plants can discharge highly alkaline wastewater, dust and excess noise, but plants operated in accordance with EPA guidelines “should operate in harmony with the environment and neighboring communities.”

This past January, Raul Garza, owner of CemTech, submitted an application to build a batch plant on 3116 Jensen Drive, directly across the street from homes, schools and other area establishments. Residents are concerned about air pollution causing serious health problems, streets being torn up and loud noises from trucks.

“It’s just a senseless decision for our community, period,” said resident Jennifer Gooden. “Just a couple of years ago, Jensen drive was so messed up you couldn’t even drive down the roads and it just recently became drivable.

“Now they’re looking to bring in this cementing company where trucks are known to pollute the air, leave rocks and spill cement, only to tear up our streets and neighborhood again.  It’s senseless and careless,” Gooden said.

“Instead we should build more shopping centers or something of substance that will enhance the community.”

During the meeting, Houston State Rep. Harold Dutton asked whether TCEQ or Garza would halt the plant after listening to the residents’ concerns. He did not receive a response.

“The problem is, too many times, people have come into our community and done deeds that they wouldn’t do in their own communities,” Dutton said.

“But for some reason they come to ours, and it’s offensive to us. In the ‘60s we used to say, ‘If you don’t respect us, then expect us.’ If this permit gets granted [Garza] needs to expect us every single day, outside standing and petitioning.”

In addition to Dutton’s sentiments, Mayor Sylvester Turner sent a letter to TCEQ in September requesting a denial of the batch plant. TCEQ has yet to respond, and Dutton wants to take legislative action demanding that agencies reflect what Texas residents want, not just businesses.

“I’m in the business of air quality, and particle matter from a cementing company is so fine it can enter your bloodstream and kill you,” Butler said.

“But I don’t want to talk technical tonight. I want to talk common sense, and right now people are experiencing adverse effects due to the current concentration of cement batch plants in their community. [Residents] just want to live in peace and have good health.”

Community members who want to take a stand against the proposed plant can call the TCEQ environmental complaint hotline at 888-777-3186.