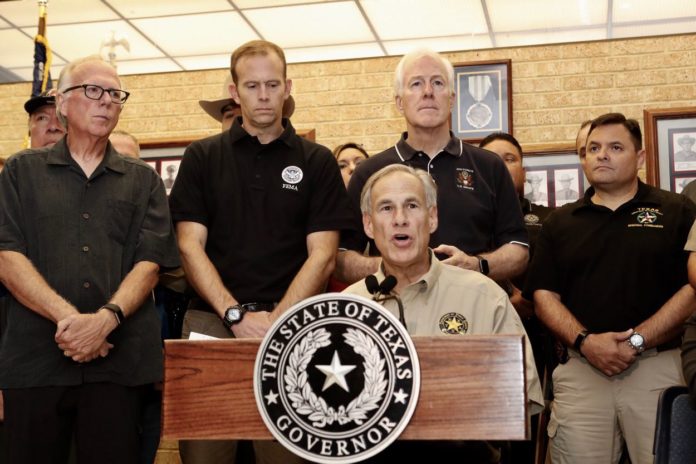 The letter comes after U.S. Sens. Ted Cruz and John Cornyn of Texas, along with Sen. Roy Blunt of Missouri and Sen. James Lankford of Oklahoma, introduced a bill on Monday that would make houses of worship eligible for FEMA Public Assistance grants. The grants provide funding to repair or reconstruct private nonprofit facilities, such as museums, but houses of worship were deemed ineligible for the grants under the 1988 Stafford Act.

The letter argues faith-based organizations have played a large role in recovery efforts following the storm.

“When Hurricane Harvey slammed into Texas, wreaking devastation over a huge swath of the Texas Gulf Coast, scores of churches and houses of worship jumped into action to serve thousands of Americans in their time of need,” the letter said.

Three Texas churches filed lawsuits against FEMA over the policy earlier this month, arguing they should be eligible for disaster relief money. President Trump has expressed his support for granting houses of worship equal access to funding, tweeting on Sept. 8, “Churches in Texas should be entitled to reimbursement from FEMA Relief Funds for helping victims of Hurricane Harvey (just like others).”