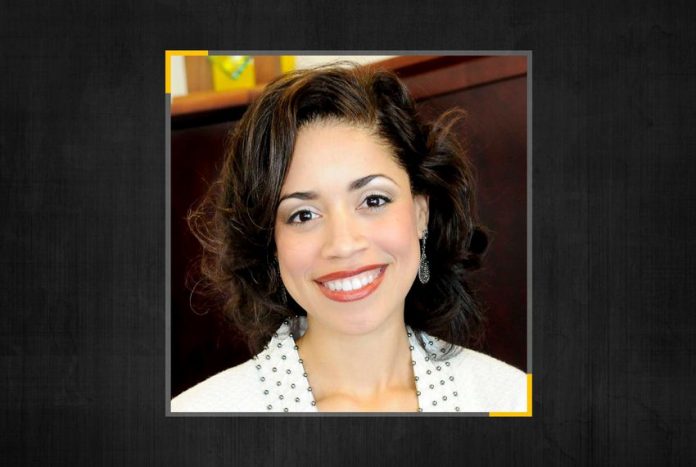 It will be a campaign against several Democratic rivals and, possibly, a three-term incumbent whose reelection war chest tops $9 million. But should Edwards win, she would be the first African American Texan to serve in the U.S. Senate.

“As a woman, as an African American, as a millennial — and in certainly as someone who generally … believes in solutions and not just rhetoric — I think I’m going to be the candidate that can do the job,” she said in an interview with The Texas Tribune, emphasizing the need for a nominee who can persuade voters to vote Democratic but also “galvanize our base.”

Edwards, who had been considering a run since at least March, is finishing her first term as an at-large City Council member after being elected in 2015. She said she does not plan to run for a second term in November but will serve out her term, which ends in December.

Edwards launched her bid with a video, set to drum-line music, that reflected on her family’s middle-class struggles and highlighted a key part of her council tenure — the Hurricane Harvey recovery. Over images of Martin Luther King Jr. and Ann Richards, Edwards appealed to “all of the people who have ever been locked out or told that they can’t wait or to wait their turn because the status quo or establishment was not ready for change.”

Edwards was set to kick off her campaign with a screening of the video Thursday evening at the DeLuxe Theater in Houston, followed by a “series of listening sessions and town halls across the state of Texas throughout the summer months,” according to her campaign.

Edwards’ announcement comes days before another Democrat, state Sen. Royce West, is expected to launch a U.S. Senate campaign. He has scheduled an announcement for Monday in Dallas.

So far, Cornyn’s most serious Democratic challenger has been MJ Hegar, the 2018 U.S. House candidate and retired Air Force helicopter pilot. She launched her bid in late April and raised over $1 million through the second quarter.

Since then, another Democrat, Chris Bell, the former Houston congressman and 2006 gubernatorial nominee, has entered the primary, and some progressive operatives have mobilized to try to draft top Latina organizer Cristina Tzintzún Ramirez into the race.

“I think what’s important in this election cycle is how people connect with you and what are you going to do to make their lives different,” Edwards said when asked how she would stand out among so many candidates. “I think if someone can hear an answer to that question … I think that’s going to be the person [who] can carry the day.”

Cornyn’s campaign was quick to react to Edwards’ candidacy, raising the specter of a drawn-out nominating contest for Democrats.

“Councilwoman Edwards is a true progressive with a record that would make Elizabeth Warren jealous,” Cornyn campaign manager John Jackson said in a statement. “We look forward to seeing which two liberals make the inevitable runoff.”

Edwards anticipates raising $5 million for the primary, and “potentially you’re looking at several million dollars“ for the general election, she said. Over and over, she stressed that the Senate race could be nationalized.

“I think with the general, however, this will be a national phenomenon because people will recognize Texas is such a key piece” to changing the direction of the country, she said.

She told the Tribune that she has met with U.S. Senate Minority Leader ChuckSchumer — as did Hegar and West — and had “very, very positive discussions” with him and the Senate Democratic campaign arm. She suggested another heavyweight group, EMILY’s List, which works to elect Democratic women who support abortion rights, is “very much looking at this and looking to get involved in this race.”

“I think they’re very, very excited to see Texas flip, and they’re going to spend resources” to make it happen, Edwards said of national Democrats’ interest in the race.

Edwards made clear health care will be one of her top issues. Drawing on her father’s experience with cancer, she said she wants to increase access to health care through a “refinement and improvement” of the Affordable Care Act, staking out a more moderate position on the issue among Democrats.

“I know, certainly, there are a number of folks that are advocating for single-payer systems and the like, but I think in terms of where we are in our system, I think the best place that we can start is building upon our existing Affordable Care Act,” Edwards said.

Cornyn “voted against health care for millions of Texans,” she said, calling it an “egregious offense in terms of what Texans expect from their leadership.” Lawmakers need to be “making sure we don’t place the politics over the people,” she added, and Cornyn is an “embodiment of what’s going wrong in Washington.”

Edwards is banking on record turnout in 2020, driven by President Donald Trump at the top of the ticket and Texas Democrats seeing a pivotal opportunity to make inroads in the state.

“I think people have learned their lesson about staying home in presidential election years,” she said.

Hegar welcomed Edwards to the primary later Thursday morning, saying in a statement that the “number of candidates in this race and groundswell of enthusiasm speaks to the urgency” in beating Cornyn.

“As a veteran and working mother who successfully fought to open up hundreds of thousands of jobs to women in the military, I am focused on talking with Texans about my record of taking on tough fights,” Hegar said.

Other Democrats already running include Sema Hernandez, who got a stronger-than-expected 24% against Beto O’Rourke in the 2018 Democratic primary for U.S. Senate.