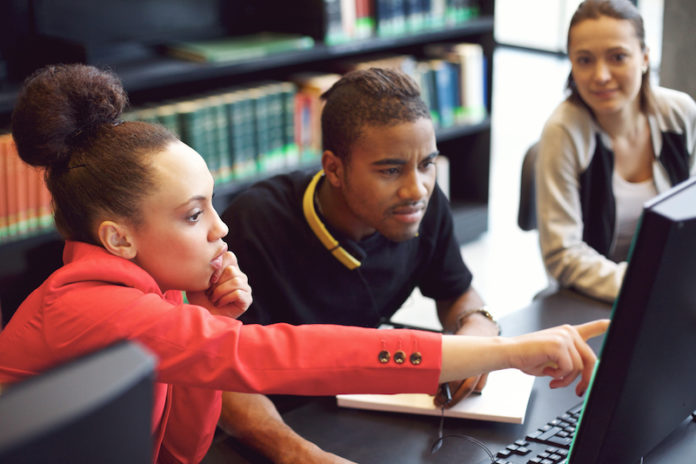 BY MATTHEW WATKINS | The Texas Tribune

When it comes to paying for college, Ricardo Gutierrez receives about the best help that Texas has to offer.

Still, it sometimes feels like his future at the University of Houston is hanging by a thread.

The state’s most generous financial aid program, the Toward Excellence, Access and Success Grant, or TEXAS Grant, pays his tuition. And he uses a federal Pell Grant and scholarships from UH to take care of his textbooks and fees, plus a little extra.

But he still lives at home with his parents in southeast Houston to save money, waking up at 5:30 a.m. each day to take his brother to high school and his mom to her job as a legal assistant downtown. After a full day of classes, he drives home to study until around 11 p.m. Then on Fridays, Saturdays and Sundays, he works eight hours per day at a movie theater to pay his phone bill, fill his gas tank and help his family afford groceries.

“It’s difficult,” he said. “I find myself not being able to hang out with friends and do social activity much. I’m either working, at school or doing homework.”

Texas leaders know that helping students like Gutierrez get through college is key to the state’s economic future. But as he teeters on the edge of not being able to pay, the assistance the state offers continues to shrink in scope. Multiple financial aid programs have been phased out or targeted for elimination by the Legislature in recent years. And the TEXAS Grant, the state’s main tool for helping low-income students, doesn’t pay for nearly as much as it used to.

The grant program was created to cover the full price of tuition and fees for poor students. Now, thanks to enrollment growth and rising tuition, it only takes care of an average of 58 percent of those costs. This year, lawmakers are looking at tweaking it again to possibly pay out an even smaller share, while leaning toward not adding the funding necessary to make sure that all eligible students receive it.

Meanwhile, concerns about educating the next generation of Texans are growing. Tuition keeps rising, and about 60 percent of the state’s schoolchildren are economically disadvantaged.

For Gutierrez, a sophomore at UH’s honors college, less help could have dramatic consequences. He wants to be a doctor, but he doesn’t want his mom or dad, who works at Home Depot, to have to chip in. So if his patchwork system of scholarships, grants and part-time work gets disrupted, there won’t be many other places for him to turn.

“It’s worrisome,” he said. “For a lot of people, finances are the one thing that determine whether they pursue college or not.”

Texas’ financial aid challenges don’t simply come from an unwillingness by the state to spend money on the programs. Lawmakers have funneled billions of dollars into grants and interest-free loans in recent years. But in a common trend in Texas higher education, the number of new students has overwhelmed the system.

The TEXAS Grant program exemplifies the situation. It’s supposed to be open to students who took high school coursework that prepared them for college and whom the federal government believes can’t expect their parents to pay for more than 60 percent of their tuition and fees. In 2000, the first year of the program, the grant covered full cost of tuition and fees for all 6,108 recipients.

The amount disbursed has climbed from $14 million to $329 million in 2015. But that still hasn’t kept up with demand. So as time has passed, state leaders have approved a series of tweaks to the program.

In 2005, students attending private universities were excluded. In 2012, the state set a $5,000 target for grant payouts — an amount far less than average tuition and fees. Then in 2013, it phased out community college students and, in an acknowledgement that the state couldn’t pay for everyone who qualified, created a “priority model” of determining who gets a grant.

With the average award now covering less than two-thirds of a recipient’s tuition and fees, state law requires universities to make up the rest with scholarships and other grants. But as the gap between a TEXAS Grant and the total tuition and fees bill grows, schools will have to devote more money to filling the void. That means less scholarship money is available for recipients’ other expenses — or for other students.

Experts warn that many students need help with more than just tuition. An undergraduate who lives on campus at the University of Houston can expect to spend about $24,605 per year on his or her education, according to federal data. With tuition and fees covered, that still leaves more than $15,000 on educational and housing expenses. That’s more than half the average family income of a TEXAS Grant recipient.

“You can cover tuition and fees, and it can still be unaffordable for a student to attend a Texas public college or university,” said Tom Melecki, the former director of the University of Texas at Austin’s financial aid office.

There’s limited data on how much other aid TEXAS Grant students are receiving. But Melecki said that in his experience, many students who receive the grant are already working jobs and have maxed out their other scholarship and federal grant opportunities. Some have even reached the limit for how much they can borrow through federally subsidized student loans, Melecki said.

“So there really isn’t any other place for them to go to replace that money,” he said.

Many education leaders agree that more help is needed. But it’s unclear from where it will come. Entering the current legislative session, the Texas Higher Education Coordinating Board asked for an additional $78.3 million for TEXAS Grants. That would have allowed 85 percent of students who qualify for a grant to receive one.