DefenderNetwork.com
Home NEWS Local & State At least 35,000 Texans aren’t being paid because of the shutdown 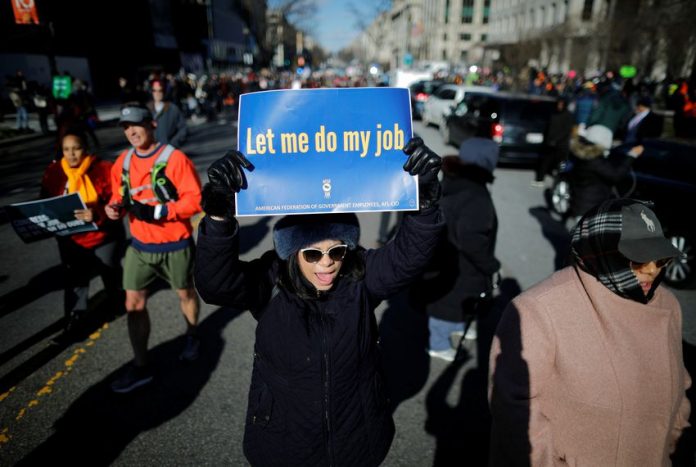 The Lyndon B. Johnson National Historical Park’s website boasts a quote from the president the Central Texas park is named for: “All the world is welcome here.” But thanks to a partial federal shutdown, the park is closed to the public.

From Johnson City to Houston to practically everywhere else in the state, the impact of this partial federal shutdown is being felt — and raising questions of when federal parks will reopen, when affected federal employees will be paid and when Americans can rely on government services. President Donald Trump has refused to sign a congressional spending bill unless the legislative branch appropriates $5 billion for a U.S.-Mexico border wall. Congressional Democrats have pushed back, saying that a border wall is non-negotiable.

Stuck in the middle are hundreds of thousands of Americans — and at least 35,000 Texans on the federal payroll — who will not receive their paychecks Friday. These are NASA employees in Houston; park rangers in Big Bend; Bureau of Printing and Engraving employees in Fort Worth; officials responsible for keeping Texas’ airports, border and ports of entry secure; and other federal employees who work for more than a dozen cabinet departments and agencies.

As Trump and congressional Democrats continue their standoff, economists and members of Congress brace for financial blows back home. One of the hardest-hit regions is Houston, home of the Johnson Space Center, where NASA employees will not receive paychecks.

“It’s potent,” said U.S. Rep. Pete Olson, a Republican who represents nearby Sugar Land. “The whole region depends on the space center. I grew up there. That’s their whole industry: cleaners, the restaurants, movie theaters.”

It’s widely expected those employees will eventually be paid – but only after lawmakers and the president eventually resolve the dispute. Three Texans – Olson and Democratic U.S. Reps. Al Green of Houston and Veronica Escobar of El Paso – signed onto legislation that would ensure those paychecks would be restored when funding is reestablished.

But Olson is also concerned about the toll that prolonged financial uncertainty will take on the American astronauts who are currently aboard the International Space Station and NASA employees who are working without pay to ensure their safety.

“If this goes on for a long time were going to have morale issues,” he worried.

“Delays in payment for those services have the potential to impact them in a very negative way the longer the shutdown lasts,” Harvey said.

And the congressman who represents the space center worries NASA contractors may never be paid. U.S. Rep. Brian Babin, R-Woodville, partnered with the Florida representative of the Kennedy Space Center to send a letter to the members on the committee that makes spending decisions to keep those vendors in mind.

“We’re asking the appropriators to make sure these people get paid,” he said.

The furlough of IRS workers was on the verge of derailing the annual tax season, which got back on track when Trump called workers back to work — without pay. The same happened at the Agriculture Department. Recipients of SNAP benefits, formerly known as food stamps, were potentially going to miss their benefits until Secretary of Agriculture Sonny Perdue found funding through February.

On Thursday morning, Food and Drug Administration officials sought to reassure Americans that the agency would continue to inspect the food supply.

One of the bigger problems of the shutdown is that the very people who crunch and provide data to the public are furloughed. Members of Congress — including Texans — do not have a sense of exactly how much the economic impact will hit their districts because there are no statistics available.

What is clear is that at least 35,000 Texans work for federal agencies that are not paying employees. The top three departments that employee Texans are Treasury, Homeland Security and Transportation.

But even those numbers are suspect. Sources within the government caution that records do not indicate where 140,000 Homeland Security employees live, but a sizable sum can reasonably be expected to live and work in Texas – particularly along the border.

Another example of the chaos is the National Park Service. There is no definitive list stating which parks are functioning and which ones are closed. The LBJ Historical Park website states that it is closed, as do the websites of Del Rio’s Amistad National Recreation Area, El Paso’s Chamizal, Brownsville’s Palo Alto Battlefield and Fort Davis. But other national park websites in Texas have no notifications of closures or are open to the public with reduced services.

But that guidance could be unreliable. Blazed across every National Park Service website is a warning that the website “will not be updated and may not reflect current conditions.”

“Some national parks may remain accessible to visitors; however, access may change without notice,” it says. “Some parks are closed completely.”

It can be assumed that the closures are hurting tourism near the closed parks.

Amid the shutdown, some Republican lawmakers have criticized their Democratic counterparts for declining to negotiate over the wall.

Save for U.S. Rep. Will Hurd of Helotes and a handful of his Republican colleagues who have crossed party lines to back the Democratic-sponsored spending bills, each side is firmly entrenched in the House, where spending bills are crafted.

“All we have to do is negotiate,” said U.S. Rep. Pete Olson, R-Sugar Land. “Don’t set up [metaphorical] walls. The Democrats have blocked off the wall. They won’t talk about the wall, that is not negotiation. Sit down and make a compromise.”

Democrats scoff back that the GOP is refusing to back a spending bill that passed the U.S. Senate – almost unanimously – in December. It was only when Trump came out against the bill for lacking wall funding that the shutdown became a reality.

“It’s astonishing that Republicans won’t agree to what we did last week, given the fact that the Senate voted on it before Christmas,” said U.S. Rep. Filemon Vela, D-Brownsville, mentioning a spending bill the House passed just hours after the new Congress’ swearing-in ceremony.

“It just seems like a very sensible thing to do,” he added.