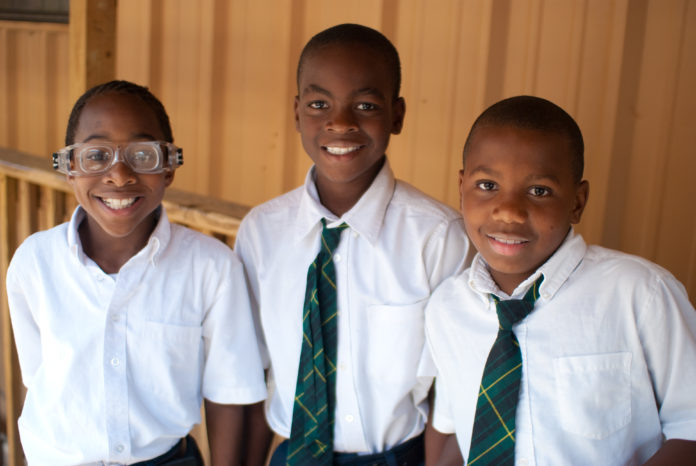 Not very many people have heard of Beatrice Mayes or her 50-year, standing award-winning scholastic institutions. You may have never passed by this red brick building school with 10 classroom trailers at Griggs and Calhoun, which holds 500 students, and for many people you may have never known when you go to see the doctor, or stand in court next to a lawyer, or speak to a CEO of a company, that you might be in the presence of a Beatrice Mayes Institute graduate.

For those who are unaware of the oldest and most highly respected African American private/charter academic institution in Houston, where students perform well above the state accepted performance level. Here’s an introduction and a little insight on a school that has stood strong and relevant against all odds for 50 years. Beatrice Mayes was a young black woman in her early 20s during the 1960s, a recent graduate of Texas Southern University and a new wife with a dream and a vision of owning an affordable institution that would educate young black children at the highest level. It seemed like an impossible dream. Mrs. Mayes decided to take a job at Memorial Hospital, but what she didn’t realize was how this particular hospital job would open the door of opportunity to her dream. After several encounters of listening to a group of mothers at the hospital talk about how expensive good child care was, Beatrice knew that she had to move on her plans.

Mrs. Mayes opened the Wonderland School in October 1966 with 30 pre-kindergarten and first grade students, and each parent paid $12.50 a week. Business was great in terms of the number of students, but like any start-up business, the school began to experience some financial difficulties. Ms. Mayes and her husband put everything they had into the school and faced a fateful point of possibly losing the building within 24 hours if they didn’t come up with $300. Mr. Mayes got up early one morning and went door-to-door in the community and raised enough money in 12 hours to save the school. The efforts and support that the community extended that day is why the school is still in existence 50 years later. Wonderland Inc. open its doors as a charter school for kindergarten through eighth grade in 2001 and was officially named Beatrice Mayes Charter Institute. Attending Beatrice Mayes Institute has become a family tradition for generations, because students not only gain a great education, but also valuable lessons and lifelong friendships. Several alumni remain connected to the school — even when they leave and go off to accomplish amazing things, they still send their own children to the institution that laid their foundation for success.

“Educating children over the last 50 years has been the most rewarding and fulling experience of my life and I would do it again for another 50 years,” says Mrs. Beatrice Mayes.

As the school prepares for its 50th anniversary in October— Wonderland is steadily preparing for the next 50 years. In May 2014, the school bought the property that sits adjacent to it to build a new high school with a focus on STEAM. With the help of the community and fundraising, Mayes and her staff hope to have the school up and running by 2019. “This high school will assure us that our students that we have groomed from pre-k will continue to get the same quality education in their most critically years of school. High school determines where you go next in life and we want to be sure that we are preparing our students for the highest level of college,” says Dedra Johnson, Dean of Instructions.

“I’m proud to continue a legacy began by my parents that will position our children to be productive learners for life,” says Chris Mayes.

Beatrice Mayes Institute celebrates 50 years of excellent education on Friday, October 28. This year, they will honor some of their most prominent alumni professionals and some of Houston’s well-known community activists and educators.