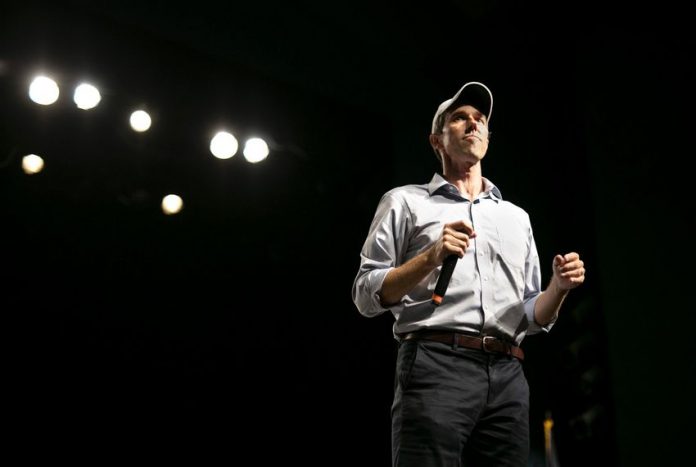 Beto O’Rourke is not running for U.S. Senate in 2020, a person familiar with his thinking told The Texas Tribune.

The Dallas Morning News first reported Wednesday that O’Rourke, a Democrat, would not take on U.S. Sen. John Cornyn, R-Texas, after the former El Paso congressman’s closer-than-expected loss last year to the state’s junior senator, Ted Cruz. Since that unsuccessful campaign, O’Rourke has been encouraged to run for president. After saying in an interview with Oprah Winfrey that he planned to make a decision about his 2020 plans by Thursday, he said in a statement Wednesday that he’d reached a conclusion.

But in El Paso later in the day, he kept under wraps what those plans are — and when he’ll make them public.

“I’m not going to give a date certain but hope to be able to say something pretty soon,” he told The Texas Tribune. “I want to announce to everyone at the same time.”

Those comments to the Tribune came before he helped kick off the first meeting of the local chapter of Moms Demand Action, the anti-gun violence group. His 2018 campaign manager, Jody Casey, started the chapter.

O’Rourke’s decision not to challenge Cornyn comes after weeks of declining to rule it out amid encouragement from some Democrats who saw it as a more winnable race for him than the White House contest. However, O’Rourke never publicly said he was specifically considering a Senate run — something he has said about a presidential bid.

“Am I the best person to lead this country?” O’Rourke said during a recent visit to a college class in El Paso. “Beyond my ego and my ambition … what is the best thing for the United States of America? And in thinking through that, and in suspending your ego in that process, is tough. And so I’m in that process of thinking this through, talking to [my wife] Amy, listening to good friends and then hearing what you all have to say right now.”

O’Rourke reportedly met earlier this month with U.S. Senate Majority Leader Chuck Schumer, D-N.Y., about a possible Cornyn challenge — a meeting that Cornyn alluded to as he reacted to news of O’Rourke’s decision Wednesday evening.