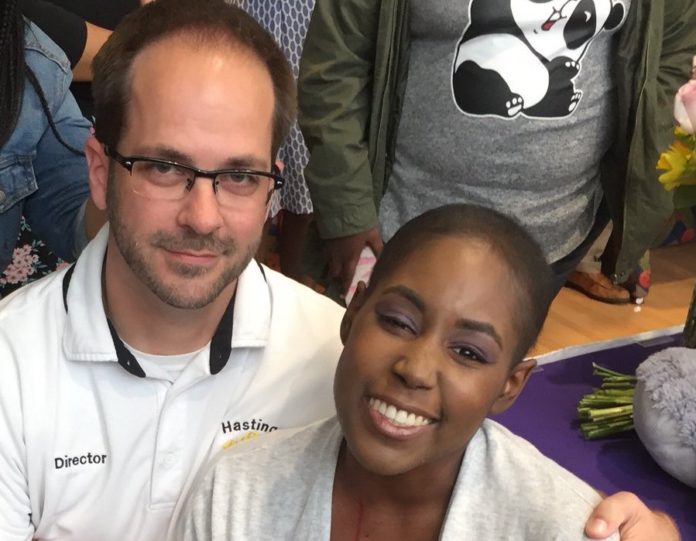 Ebony Banks is a Houston high school senior who is currently battling stage 4 cancer. Though the school year isn’t yet over, Banks’ high school granted her one wish, which was to graduate early. It also pulled off another wish with the help of Houston native Beyoncé.

Banks wanted to meet Beyoncé, and with the help of her fellow students at Alief Hastings High School and one simple hashtag, #EbobMeetsBeyonce (Ebob is Banks’ nickname), Banks’ second wish came true.

Beyoncé facetiming with Ebony, a fan with a rare cancer disease whose wish was to meet Beyoncé 😭😭🤧❤️ ———————————————— "High school student Ebony Banks, who has stage four cancer, had her dream came true Wednesday when she received a FaceTime call from her hero, Beyoncé. Banks — who attends Alief Hastings High School in Houston, Texas — has spent most of her senior year at MD Anderson Cancer Center fighting a rare stage four cancer, according to KIAH, a local news station. Earlier this month, the school district held a special early graduation ceremony for Banks, whose nickname is “Ebob,” in the hospital. And as the ultimate graduation present, Banks’ friends and classmates created the hashtag #EBOBMEETSBEYONCE on social media so that she could meet with Beyoncé in an effort to help make one of her biggest dreams come true." "Beyonce is one of her idols. She admires her so much, so we're trying to put that on Twitter and Instagram to get Beyonce's attention," said Gutierrez. ————————————————–God Bless you, Ebony! We're praying for you beautiful! #BeyHive 🐝🙏🏽

Beyoncé may not be that active on social media, but it’s safe to say she knows when to answer the call of her fans.