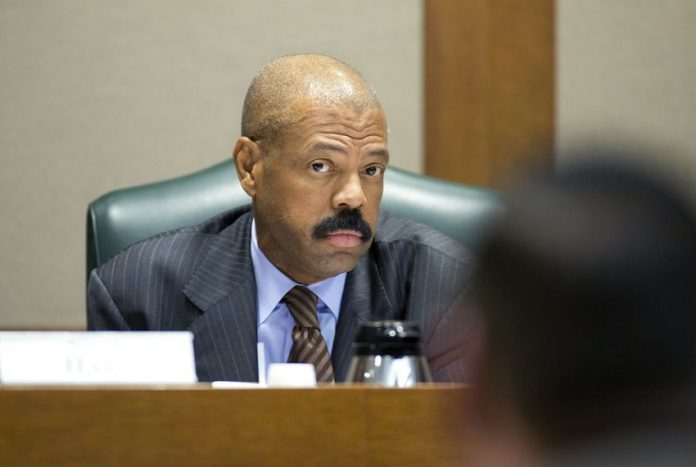 The Texas Legislature will get a chance to curtail the controversial practice of criminally prosecuting people who default on rent-to-own contracts for sofas, TVs and other household items.

A joint investigation by The Texas Tribune and Nerd Wallet in late 2017 found that rent-to-own companies, which often cater to low-income people, have pressed charges against thousands of customers in Texas and other states.

Now state Sen. Borris Miles, D-Houston, wants to change a provision in the “theft of service” law that has ensnared so many rent-to-own customers in Texas. Written decades ago by the rental industry lobby, the provision bakes in a presumption that people who don’t return rental items intended to steal them after a certain period of time has elapsed and notice has been sent out. In some cases, the customers have already paid thousands of dollars by the time they default and can face criminal theft charges even if they return the goods.

Miles said for too long, rent-to-own companies have used the criminal justice system to help them collect debts that should be handled as a civil matter, which is the way credit card and loan defaults are typically resolved.

“A lot of these people, they don’t have the criminal intent,” Miles said. “What I’m trying to do is back up people who are financially unable to pay.”

Under Senate Bill 183, Miles would essentially remove rent-to-own contracts from the state law that addresses theft of rental services. It would still apply to the other types of rentals, such as tools and construction equipment.

Miles said his proposal, once in final form, would still allow prosecutors to go after “rogues and thieves” who willfully steal rent-to-own items, but they’d have to do it the old-fashioned way: by proving intent.

Removing the presumption of intent from the rent-to-own statutes is long overdue, said Ann Baddour, director of the fair financial services project at the non-profit Texas Appleseed, which advocates for low-income Texans.

“It’s long-established legal standard that people should not be criminally charged for civil debts,” she said. “To have this special carve-out … is really harmful and dangerous.”

The national trade association that advocates for rent-to-own companies, the Association of Progressive Rental Organizations, is not weighing in on the legislation one way or the other. APRO’s general counsel, Ed Winn, said individual rent-to-own dealers break both ways on the issue, but the association will stay neutral.