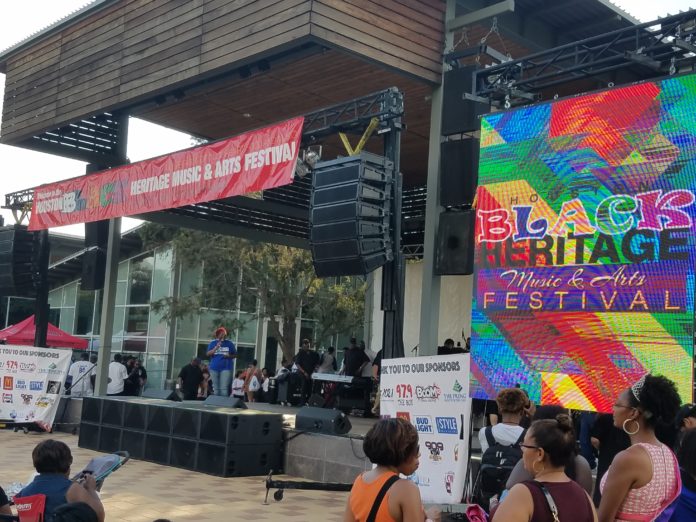 The Houston Black Heritage Music and Arts Festival is back for its 3rd year. The  community festival will be held on September 30, 2017 at Discovery Green from 4pm-10pm.

The 3rd Annual Black Heritage Festival is a one day cultural event produced by the nonprofit 501c3 tax exempt organization, “The Foundation for Black Heritage and Culture“. The festival features speakers, exhibits, musicians, artists, poets and craftspeople locally and nationally. The festival promotes diversity and cultural solidarity. This one-day experience also offers both children and adults with an opportunity to increase their awareness of African and African-American culture and history. This event is ideal for all ages!

This year the honoring continues as we celebrate 10 influencers that have made a tremendous difference in the Houston community. This year’s musical headliner consists of Grammy nominated singer, Eric Benet. Who will bring more than just grooves, following last year’s headliner Grammy award winning singer Monica. . The reviews from their performance were outstanding. Harris County Public Health has teamed up to sponsor the Health Village once again.  Last year attendees had access to dental screens, diabetes, hepatitis, Zica virus and much more.The Interactive Youth Zone will feature Houston rapper Young Lyric, High School band competition form Waterbury and Austin High School, A step competition with Gamma Phi Alpha, Beta Phi Alpha from Jones High School, and other fun activities.For the Festival’s founder, Richard Andrews a proud alumni of Texas Southern University, the awards are stacking up.  Over the past several years receiving many Congressional Recognition from Congresswoman Lee for giving back,  including 18 wheeler back-packs for kids, feed the children project, and many other recognitions.  Also last year, Richard  received the Darryl King Paving The Way award from The World Youth Foundation.  He’s a very tenacious non-profit leader, and has toppled steep barriers over the past three years to transform his vision into a reality after investing personal funds to launch the event.  Today, the Houston visionary is alive and well as this community event will  directly address some of Houston’s needs: fostering cultural solidarity; positive ethnic identity for families; and support for educational excellence among HBCU college- bound youth. A portion of the proceeds raised will benefit local TSU students.  “My mission in life is to give back, and what better way to give back  by  supporting local HBCU students who are striving for excellence right here at in Houston!” Richard states  With over 15,000 attendees over the past two years and last year’s  Black Heritage Festival attendees, witnessed the  City of Houston present and proclaim “Black Heritage Day”, signed by Mayor Sylvester Turner.  City Council Member Larry Green of District K is a huge supporter and Sponsor of the festival.  Also, performing on the kid zone stage will be young lyric Star of Lifetime TV’s new hit show “The Rap Game”, HBCU alumni bands, step teams and more!

This festival has gained some incredible partners to assist in bringing togetherness within our community. Our partners consist of Style Magazine, The Principal Partnering Group LLC, Rodney Jones Law firm, The Musicians’ Wives, B&B Entertainment, Houston TV, KTSU, The Forward Times and the Amark to name a few. With the assistance of these amazing partners, the Festival will continue to impact families.

The existence of the festival supports cultural enrichment and diversity within the Houston Community by ensuring all events are inclusive of all ethnicities. The goal of the festival is to foster awareness and to promote the basic premise that people can change communities through love, unity, and work.