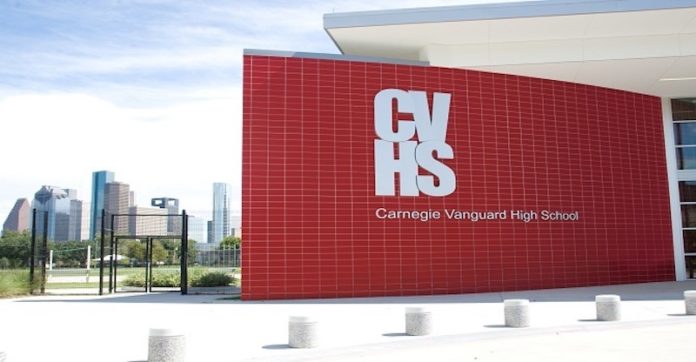 Carnegie Vanguard High School has been ranked as the eighth best high school in the country, according to the U.S. News & World Report’s 2017 Best High Schools rankings – up two spots from the 2016 list. It ranked as second best in the state.

The U.S. News & World Report rankings are designed to identify great high schools that serve all students — no matter their socioeconomic status. The list is determined by looking at results from state assessments, as well as the degree to which students at each school are prepared for college-level work. Graduation rates were also included as a factor in the rankings.

“It is with a great deal of pride that we recognize the accomplishments of the students, teachers, principals, and staff at these schools,” HISD Superintendent Richard Carranza said. “To be recognized on a national level is a testament to HISD’s commitment to prepare our students for success after graduation – whether beginning in a successful career or pursuing higher education.”

The complete list of rankings is available at https://www.usnews.com/education/best-high-schools/national-rankings. HISD high schools included in rankings are listed below.