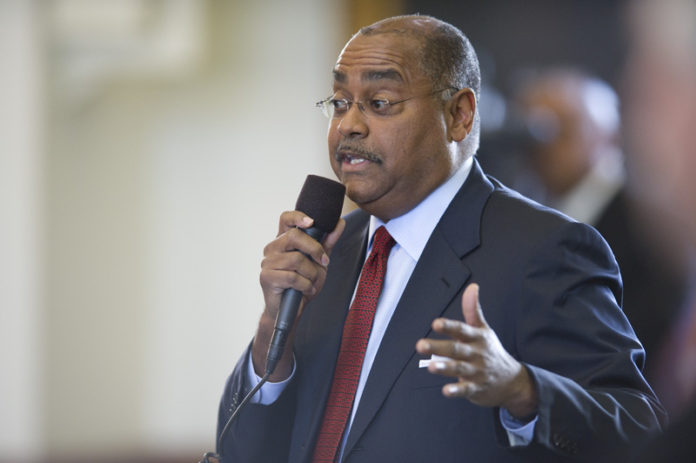 Harris County has a slew of new Democratic leaders, including former State Rep. Rodney Ellis, who is moving over to the County Commissioner spot.

Ellis was recently sworn in as Harris County Precinct One Commissioner and pledged to improve the lives of his constituents and fight for important reforms that will benefit the entire county. Ellis, who spent more than 25 years in the Texas Senate, joined more than 30 other Democrats elected to various Harris County offices in the Jan. 1st swearing in.

“This really is to say thank you first of all to our voters for having confidence in us and also the people who didn’t vote for us to challenge us to do better,” Commissioner Ellis said. “This is an opportunity for all of us to say that we commit to you publicly to fulfill the promises that we made when we were running.”

Commissioner Ellis was elected last November to the Precinct One position, which was left vacant with the death of El Franco Lee.

“We can do great things in this Precinct and build on the legacy of El Franco Lee,” Ellis said, adding that one of his first priorities will be to enact reforms to the County’s criminal justice system with the help of newly elected District Attorney Kim Ogg and Sheriff Ed Gonzalez.

“We are wasting taxpayers’ money by locking up someone for riding a bike on the sidewalk,” Ellis said, referring to a recent arrest of a man in the Fifth Ward. “We want to make sure we protect the public by jailing dangerous criminals. But we don’t want an overcrowded jail with mostly low-level defendants who are there simply because they can’t make bond.”

The Commissioner said he also will closely monitor the upcoming state legislative session, particularly any bills that would restrict the county’s ability to raise money to benefit its constituents.

Ellis also pledged to build on the Precinct’s commitment to improving county roads and bridges and maintaining clean and safe parks. He is also committed to providing quality and accessible services and programs that will enhance the lives of citizens in Precinct One and fighting for reforms that will benefit all County residents.

Commissioner Ellis was born in Houston and raised in the Sunnyside neighborhood. He attended the Texas public school system from grade school through law school. 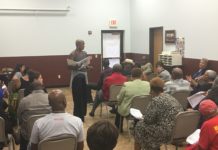 Will the state take over HISD?