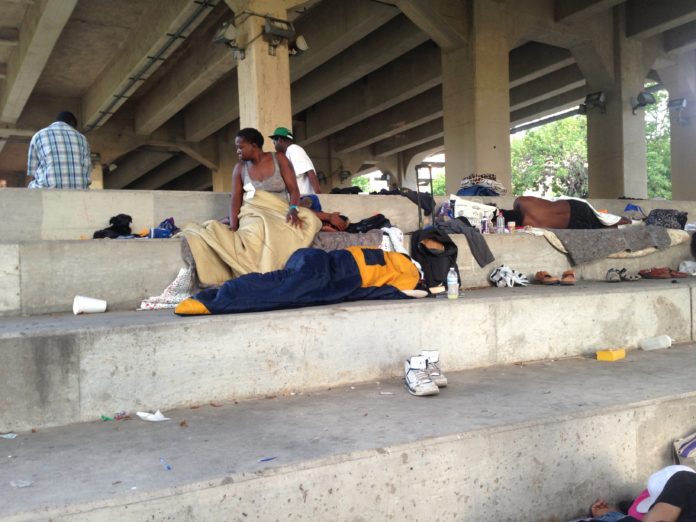 The Way Home has now raised $7 million towards its $15 million goal to finish creating 2,500 units of housing for chronically homeless individuals.  These vulnerable individuals have all been homeless for a year or more and suffer from a disabling condition.

“JPMorgan Chase’s support is more than just a grant, and it’s more than just about getting the homeless off our streets. It’s an investment in solving homelessness and changing the lives of homeless Houstonians,” said Mayor Turner.  “The Houston region is on track to end chronic homelessness, but we need the community’s support to cross the finish line.  Therefore, I challenge other corporations, large and small, across our city, state and nation to follow JPMorgan Chase’s lead and invest in The Way Home to help Houston become the first city in the nation to effectively end chronic homelessness.”

Ending chronic, veteran and family homelessness is a top priority for Mayor Turner and the City of Houston, as well as the U.S. Department of Housing and Urban Development, Department of Labor and Veteran’s Administration.

More than 100 local governmental, business, faith, nonprofit, and charitable organizations are working together under The Way Home umbrella to build and manage a single system focused on a “Housing First” model to solve homelessness.  Since 2011, more than 3,325 chronically homeless individuals and over 4,920 homeless veterans have been permanently housed, helping reduce overall homelessness by 57% and essentially ending veteran homelessness in the region.

“The Way Home is an example of Houston at its best: leaders of nonprofits, the city, county and other stakeholders coming together to tackle the challenge of homelessness,” said Carolyn Watson, head of philanthropy for JPMorgan Chase in Houston. “We are committed to assisting those who fall into homelessness so that they have a path back to safe, affordable housing as quickly and compassionately as possible. We are honored to participate in this partnership, which will create quality, affordable housing for Houstonians in need.

The $1 million grant will be invested in The Way Home’s Permanent Supportive Housing Capital Grant Fund, managed by the nonprofit Corporation for Supportive Housing (CSH).  In 2013, CSH began a partnership with the City of Houston to meet the housing and services needs of people struggling with homelessness.  As part of this community-driven process, the City and local stakeholders also prioritized the creation of affordable housing to prevent future homelessness.

“CSH has national expertise ensuring dollars are spent wisely to create quality affordable housing that ends the cycle of homelessness,” said Deborah De Santis, President and CEO of CSH.  “What is so striking is how the community, through the City government and partners involved in The Way Home, and now with this generous commitment from JPMorgan Chase, is working together, setting an example for the rest of the country by not just talking about ending homelessness but actually doing it.”