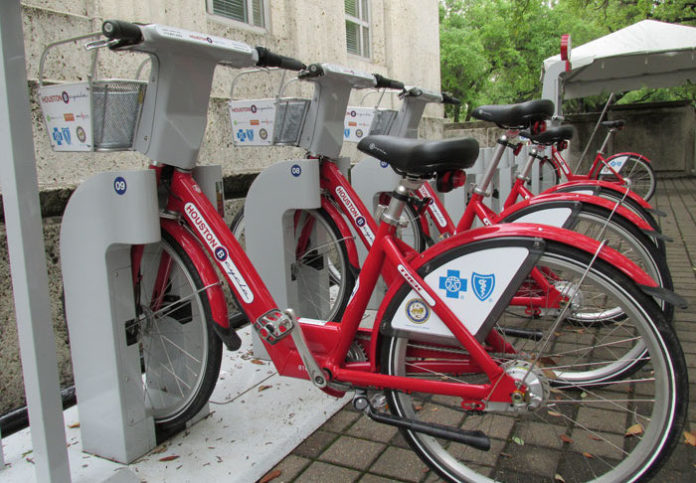 “Houstonians need more choices to connect safely to jobs, parks and services other than by car,” said Mayor Sylvester Turner.  “The Houston Bike Plan provides a guide toward creating a safer and more accessible city that can be enjoyed by anyone who wants to ride a bicycle.”

The Houston Bike Plan vision is supported by four goals: Improved Safety, Increased Ridership, Increased Access, and Improved Development and Maintenance of Facilities. The plan provides recommendations on the general location and types of bicycle facilities, projects, policies and programs that support these goals and vision.  The plan does not commit any city resources or funding.

The Houston Bike Plan was developed through extensive public and private partnerships and is the product of substantial public engagement. Multiple city departments, including Planning & Development (P&D), Public Works & Engineering and Parks & Recreation, participated in the planning. Funding partners include BikeHouston, Houston Parks Board, Houston-Galveston Area Council, TxDOT, Federal Transit Administration and Federal Highway Administration. The project was guided by a 25-member advisory committee. The general public contributed to the plan through numerous ways, including bike rides, public meetings, neighborhood outreach, online forums, interactive maps and surveys. Public feedback on the plan is overwhelmingly supportive. Since publishing the draft on its website, P&D received over 750 letters of support from individuals and organizations.

The last time the city adopted a comprehensive bicycle plan was in 1993. This plan recognizes that the city and region have changed significantly in the 24 years since and provides recommendations for programmed projects, short term opportunities and key connections to add over 600 miles to the current 270 mile high-comfort bikeway network.  That is over triple the existing mileage and will put over 80 percent of people and jobs within half a mile of a comfort bikeway.

Along with adoption of the bike plan, City Council also adopted amendments to Chapter 33 of the Code of Ordinances, which establishes a Bicycle Advisory Committee and a biennial public engagement process, including review by the Houston Planning Commission, to update the plan.

Adoption of the bike plan fulfills a key component of the city’s Complete Streets Executive Order (E.O.) 1-15, a policy that guides the planning and construction of public right-of-ways to accommodate users of all ages and abilities.  The Houston Complete Streets and Transportation Plan (HCSTP) Annual Report, required by the E.O., provides the mayor with an update on implementation of the HCSTP and lays out next steps for the upcoming year and beyond.